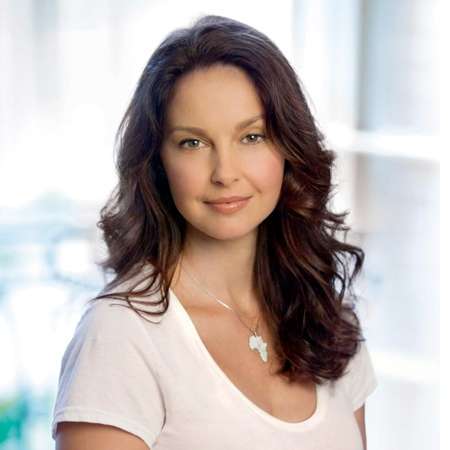 Primetime Emmy Award-nominated American actress, Ashley Judd is active in the industry for a long decade. She worked in several movies and TV series from where she has been nominated for several prestigious awards and won some of them as well. Moreover, she also earns an impressive net worth.

Ashley Judd was born Ashley Tyler Ciminella on April 19, 1968, in Granada Hills, Los Angeles, the United States under the birth sign Aries. Judd is American by nationality and belongs to the White ethnicity.

Judd is the daughter of mother Michael C. Ciminella and father Naomi Judd. Her mother was a country music singer and motivational speaker and her father was a marketing analyst. She has a  sister Wynonna Judd who is also a country music singer. Her parents divorced in 1972. Following the divorce, she moved to Kentucky with her mother where she spent most of her childhood.

Regarding her academics, Judd attended Paul G. Blazer High School (Ashland, Kentucky) and Franklin High School in Tennessee. During his school break, she tried for modeling. She then joined the University of Kentucky, where she majored in French and anthropology.

Ashley Judd made her acting debut in the 1991 television series Star Trek: The Next Generation in the character of Robin Lefler. The same year she played the role of Reed Halsey in a television drama Sisters, where she appeared in 32 episodes of the series. The series starred Swoosie Kurtz, Sela Ward, and Patricia Kalember.

In 1994, Judd appeared in Space Ghost Coast to Coast. She has also been featured in TV series Norma Jean & Marilyn (1996), Missing (2012), and Call Me Crazy: A Five Film (2013). For her performance in the TV series, Missing, she has been nominated for Primetime Emmy Awards. Her latest series include ABC's Twin Peaks and Berlin Station.

Judd made her movie debut in 1992's American action comedy film Kuffs. The following year, she appeared in the movie Ruby in Paradise as Ruby Lee Gissing. She shared the screen with Todd Field, Bentley Mitchum, and Dorothy Lyman.

For her performance, she was awarded several awards including Chicago Film Critics Association Award and Independent Spirit Award. Moreover, she has been nominated for the National Society of Film Critics Award and the New York Film Critics Circle Award.

In 1997, Judd portrayed the role of Dr. Kate McTiernan in the movie named Kiss the Girls which was a commercially super hit. The movie starred Morgan Freeman, Cary Elwes, and Tony Goldwyn. Her performance was highly appreciated and has been also nominated for Blockbuster Entertainment Award and Satellite Award.

Ashley Judd has an estimated net worth of $22 million. Judd earns much from her movies that made an impressive box office collection.

Judd owns a house at Leipers Fork, Tennessee. She also owns $120k worth of property in the northeastern Kentucky city of Ashland. Moreover, she is involved in several charity works. She is well known for her philanthropic activities.

Ashley Judd is a divorcee. In the past, she was married to her racing driver husband, Dario Franchitti. The couple got engaged in 1999 after dating for months. Finally, the couple married in 2001 at Skibo Castle in a private ceremony attended by families and friends.

The pair shares no children together. In an interview, Judd told,

''it's unconscionable to breed with the number of children who are starving to death in impoverished countries.''

For some undisclosed reasons, the couple divorced in 2013.  Besides, she was linked to Brady Anderson, David Duchovny, Jon Stewart, and Robert De Niro. Furthermore, she had an affair with an American country singer-songwriter and actor Lyle Lovett.  They started dating in 1991 and separated in 1992. After her break up she was romantically linked with Michael English. In between 1996 she had an affair with several guys namely Matthew McConaughey, Josh Charles, and Michael Bolton.

This child gave birth as a child. She is a natural mother, nurturing, tender, and patient. Her dream is to go to school. @unfpa advocates the end of child, early and forced marriage and strives to protect and empower the sexual and reproductive health of girls who are already mothers. Adolescent pregnancy can be devastating on a girl’s body, which isn’t developed yet for child bearing and birth. While girls can build capacity and advocate for themselves, it’s also up to men to stop seeking child brides. #southsudan (this is in her home, the picture in which I am kneeling shows her clay oven) @unitednations #goodwillambassador

As per her, Weinstein invited her to the Peninsula Beverly Hills Hotel where he asked her if he could give her a massage or she could watch him in the shower.

Here is the video where Ashley Judd talks about Harvey Weinstein: