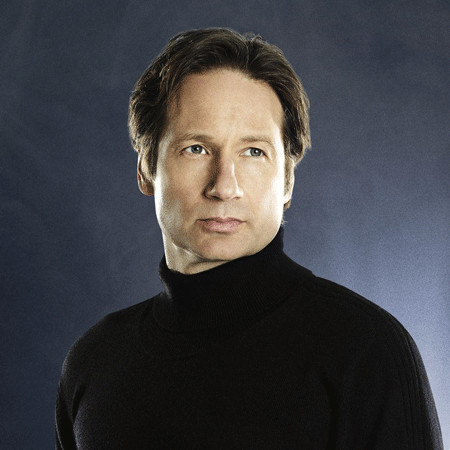 David was born on August 7, 1960, in New York City, United States of America. He is the son of Amram Duchovny who was Jewish immigrants from Ukraine and Poland and professionally worked as writer and publicist. His mother Margaret was a school teacher. His parents had three children among them; Daniel Duchovny was his older brother who has achieved success in the director of commercials and photography. He also has a sister named Laurie.

He got his undergraduate degree from Princeton University. He earned his Master Degree Yale University in English Literature. From the time of Yale, he was very renowned for his work in poetry and writing. With his interest in acting, he communicated New York to study acting. To pursue acting he also let down his doctoral studies at Yale.

In starting his career he acted in numerous commercials, only in 1989 he got breakthrough in films such as New Year's Day and Bad Influence. Later 1991 he was offered the role of Dennis Bryson on TV series, Twin Peaks where his journey was only for three episodes but that three-episode role also made him very popular because of the fame of the Twin Peaks which was watched by millions of people worldwide.

His power pack performance as a lead actor in 1993 movie Kalifornia as a journalist made him famous in the industry. His role as Mulder in the long-running TV series The X-Files as FBI Agent presented him as a superstar. Though the show ended in 2002 it was a tremendous success.

In 2003 he was introduced in the role of Jeremy, in 84thepisode of the HBO show Sex and the City. In 2007 from Showtime's series Californication he won Best Actor in a Television Comedy or Musical. Duchovny presented himself as a novelist on February 3, 2015, from his book Holy Cow: A Modern-Day Dairy Tale.

Duchovny got married to actress Téa Leoni on May 13, 1997. He has two children with Leoni; their first child was their daughter Madelaine West Duchovny in April 1999. Later in June 2002, Leoni gave birth to second child son Kyd Miller Duchovny. He announced that he checked for rehabilitation for sex addiction treatment.

In October 2008, from representatives of Duchovny's and Leoni, the news was on the air that they had separated. There were also rumors of having affair with Hungarian tennis instructor Edit Pakay according to daily mail for which he had also planned to sue about the news.

On June 29, 2011, they got back together after splitting once previously. The news came from Duchovny that they were together and still married to him, although they were separated. They were officially divorced in June 2014.

Duchovny was vegetarian later he announced himself as a pescetarian in 2007. Duchovny's net worth is estimated to be $60 million who has about $225,000 wage per episode for his TV series, which has 12 episodes a season.