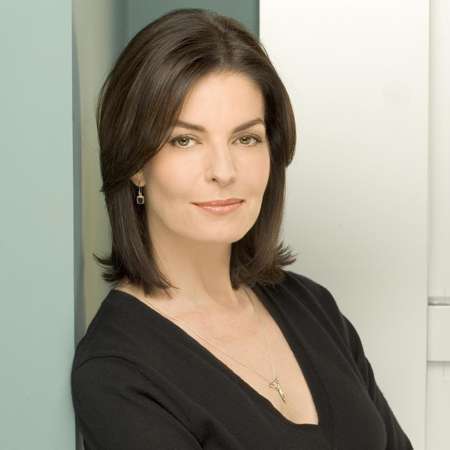 Sela Ann Ward was born on July 11, 1956, in Meridian, Mississippi, U.S. to Annie Kate who was a housewife and Granberry Holland "G.H." Ward, Jr., who was an electrical engineer. Her mother died of ovarian cancer on February 12, 2002, and her father died on January 13, 2009. She spent most of her childhood with her three siblings named Jenna, Brock and Granberry III. Sela is of American nationality and white ethnicity.

Sela began her acting career in 1983 in the movie, The Man Who Loved Women as Janet Wainwright. She has since been seen in movies like Rustlers' Rhapsody, The Day After Tomorrow, The Guardian, The Stepfather, Gone Girl and more. She is noted to have appeared in 22 episodes of Emerald Point N.A.S. as Hilary Adams, 127 episodes of Sisters as Teddy Reed, Almost Golden: The Jessica Savitch Story as Jessica Savitch, 63 episodes of Once and Again, 10 episodes of House as Stacy Warner, 57 episodes of CSI: NY as Jo Danville. She has won two Primetime Emmy’s and a Golden Globe Award, CableACe Awards among many others.

Sela does not have a long dating history. She is very much focused on her work since she was young.  Sela is reluctant on speaking about her personal life in front of the public. She is not seen with many men in public. Sela has never spoken so much about his past relations and affair. The media knows that she had been previously dating Bob Baumhower in 1977. After the two separated, she went on to date Richard Dean Anderson in 1983 and separated three years later. A year later, Sela began dating Peter Weller. The couple separated in 1990. Then on 23rd May 1992, she married Howard Sherman. Howard is an entrepreneur. The couple has been married for 23 years now. The couple had a child named Anabella Raye Sherman and then another named Austin Ward Sherman. Ward is noted for her contribution in building the Hope Village which serves 200 foster children per year.

Sela is currently 59 years old but she still has a well-maintained body and a beautiful face. She stands tall at the height of 5 feet 7 inches. She has a stunning figure with perfect body measurements. Sela has a well-defined face which attracts many men towards her. She came to the limelight after she entered in the TV industry. Her net worth is estimated to be a total of $ 5 million which is known to be derived from her huge salary coming out of her TV career. She recently sold her $ 40 million Bel Air house. The bio of the very famous and beautiful Sela Ward can be found on various social media sites like Twitter, Wikipedia, IMDb and more.