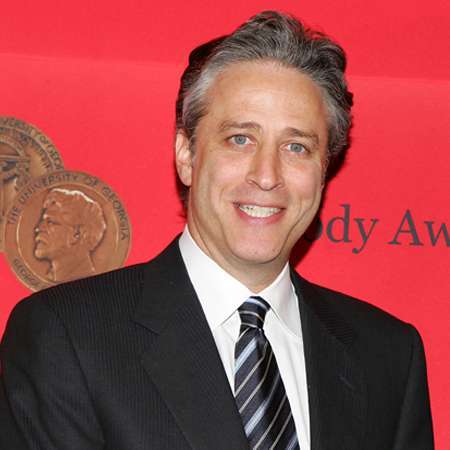 Jon Stewart is a comedian, producer, writer, actor, director, media critic as well as a former television host of American nationality known best for being the host of the show The Daily Show on Comedy Central.

He has appeared in several films and TV series including Doogal, Wordplay, Rosewater, American Dad and Saturday Night Live.

Stewart was born on the 28th of November, 1962 and has been active in the entertainment fraternity since 1987 according to his bio. Stewart’s parents are Jonathan Stuart Leibowitz and Marian.

Jon was born in New York City and was enrolled in the College of William and Mary as well as the City University of New York for his education. He had his debut his standup comedy form The Bitter End and then branched in into the television fraternity as a television host of Short Attention Span Theater for Comedy Central.

He then got the chance to host this own show named The Jon Stewart Show in MTV after which he got another one called You Wrote It, You Watch It.

He has also had stints on films as an actor but is more involved in The Daily Show for which he is the anchor, producer and writer. He has won 22 Primetime Emmy Awards for his contributions in the television industry.

A media critic, he has gained acclaimed for his criticism of CNN, Fox News Channel, MSNBC etc. for his journalism activities, he has won several awards and accolades.

He also hosted the 78th and the 80th Academy Awards and. He is a co-author of America: A Citizen’s Guide to Democracy Inaction.

Net Worth, Properties and Charity

Jon Stewart’s current net worth is $80 million. He has garnered a huge amount of net worth from his two decades long successful career.

In 2013, Jon bought a 12-acre farm in Middletown, New Jersey, called ‘Bufflehead Farm’. He and his wife use it as a sanctuary for abused animals.
And in 2017, they received approval to open a 45-acre animal sanctuary in Colts Neck that will be home to animals saved from live markets and slaughterhouses.

Jon Stewart has involved in several charities works and has supported various movements and campaigns throughout the world.

Jon Stewart is a married man. He is married to Tracey Lynn McShane since 2000. The couple first met through a mutual friend at a Mexican restaurant. A production a s sistant of Wishful Thinking, a mutual friend of both set-up a blind date for them.

Then, they dated for nearly four years. In 1999, he proposed his girlfriend with a crossword puzzle and they revealed their engagement on an episode of ABC’s The View.

The couple got married in 2001. Since then, they have been happily married till now. Jon and Tracy have two children: Nathan Thomas Stewart (born 2004) and Maggie Rose Stewart (born 2006).
Stewart became a vegetarian in 2015 because of ethical reasons and his wife is a long-time vegan. Here are the ten fun facts about Jon Stewart you shouldn't miss.