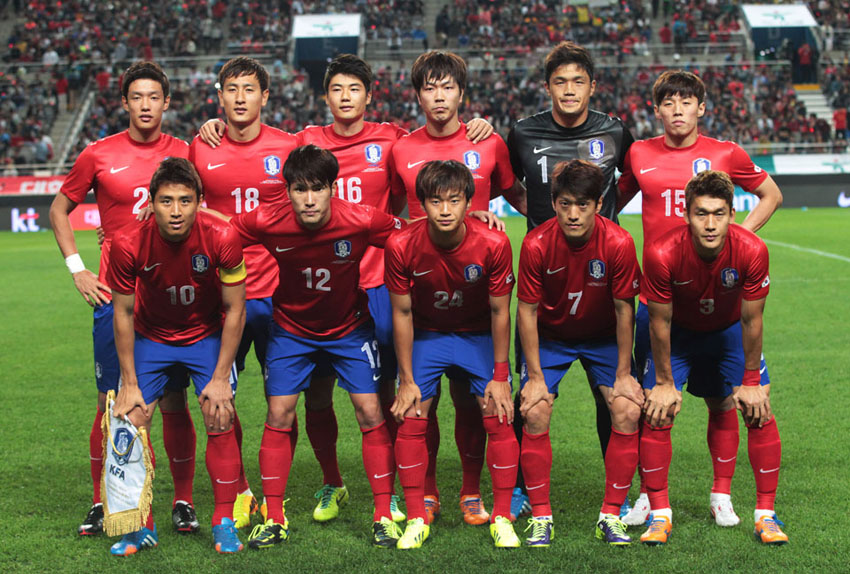 Tigers with the football, as the logo describes for the South Korean National Football Team, is fully controlled by the Korea Football Association. Currently ranked on 55 on FIFA Ranking, the team is nicknamed as “Taegeuk Warriors the Red Devils” but commonly called as “the reds” by fans and the media referring the team as Red Devils in 1995. Decorated in blue and red combination outfit in the field, these Tigers team, South Korean National Football Team, is one of the most successful and strong Asian teams today. It has participated in eight consecutive and overall nine FIFA World Cup Tournaments. It is the first and only Asian Team that has reached to the Semi Finals in FIFA World Cup. South Korea National Football Team made this history in 2002 FIFA World Cup. The team has won the AFC Asian Cup two times so far. The Team plays from AFC (Asia) confederation and EAFF (East-Asia) sub confederation.

South Korean National Soccer team is in the H group of the 2014 FIFA World Cup List along with Belgium, Algeria, and Russia. South Korea will be playing against these countries in the group in the Qualifier round for quarter finals in 2014 FIFA. South Korea has received several honors and achievement which is marked by fourth place in 2002 FIFA World Cup. One can buy the official Tickets to watch FIA World Cup in Brazil via fifa.com.http://www.fifa.com/worldcup/organisation/ticketing/