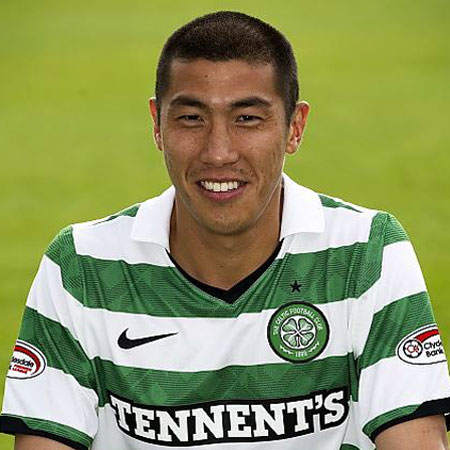 A South Korean footballer, Cha Du-Ri is a German born professional footballer who plays from the Current Team of South Korea National Team as a Defender and from the Korean Club called FC Seoul as a defender wearing the T-shirt No.5. He is known from his family name “Cha”. He was born in 1980 July 25 at Frankfurt, Germany when his father was starring in the German Bundesliga. Cha Bum-Kun is the name of his Parents. His father is regarded as one of the best footballers in Korean history. He owns the Height of 181 cm and has the body Weight of 82 kg. He spent his Childhood in Germany. Cha Du-Ri is a married man. He is married to the daughter of a wealthy hotel magnate. Shin Hye-Sung is the name of his Spouse. They got married in 2008. He has two Children from his wife, a daughter and a son named. His first child was born in 2010. Cha Du-ri can read, write and speak Korean, German and Dutch fluently. In 2013, Cha Du-ri filed the divorce from his wife. He has acted in several Korean adverts.

He has been introduced to football since his kinder age as his father himself was a professional footballer. His father has been his great coach. Cha Du-ri started his youth career playing at Korea University in 1999. He spent three years in Korea University. In 2002, he joined with Bayer Leverkusen from where he debut his professional career. He did not appear in any matches from the club’s team but was loaned to Arminia Bielefeld and Eintracht Frankfurt in the season of 2002/2003 and 2003/2004 by Bayer. He appeared in 22 matches and 31 matches for the seasons from the club respectively. Having been impressed by his play during his loan time, he was signed by Eintracht Frankfurt in 2004. He spent two seasons in this club appearing in 56 matches with 11 goals. In the season of 2006/2007, he joined with Mainz 05 where he appeared in 12 matches then transferred to TuS Koblenz in 2007. He spent two years with TuS appearing in 61 matches with three goal scores. In this club, he had played from the different positions, left winger, supporting striker and the centre forward.

In 2009, he joined with SC Freiburg. He spent a season with this club and moved to English side Celtic in 2010. He signed the two year contract with Celtic and appeared in total of 31 matches from the team bagging 2 goal scores. In 2012, he joined the German side Fortuna Dusseldorf. He spent a season in this club and joined at Korean side FC Seoul in 2013. He has the contract until end of 2014 with this club. He is in the Korean National Football Team since 2001. He was a amateur in football when he had joined in the National Football Team. He has appeared in 65 cap matches with 4 goal scores. He has the experience of playing in 2002, 2006, 2010 FIFA World Cup. He will be lining up in the Defense line representing South Korean in 2014 FIFA World cup from the Korean National Football Team as well. There is no accurate information available on his Salary. His Current market value is 726 thousands pounds. Global Sports Agent C2 is the name of his agent.

Cha Du-ri is strong, aggressive and pacey. He is a talented Defender. He can operate as a right back, right winger or even as a striker. During the 2011 AFC Asian Cup, Cha Du-ri was the captain of the National Football Team in the match against Uzbekistan. He is physically very fit having good speed and acceleration in the game. He gives powerful shots. His attacking work rate is higher than the defensive work rate. He is a speed dribbler. He is good at passing.