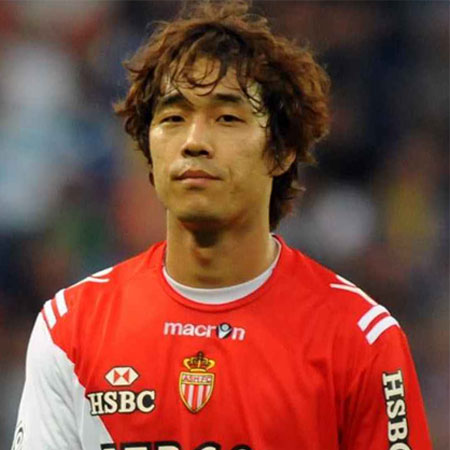 Park Chu-Young is a South Korean Footballer who plays from the Current Team of South Korea National Team as a Forward and from the English Club called Watford F.C as a Forward wearing the jersey No.20. He was born in 1985 July 10 at Daegu, South Korea. He is 28 years old and owns the Height of 182 cm and has the body weight of 75 kg. He was born and brought up in Korea. He finished his Education from Korea University.He is a strong Christian. He writes “Jesus Christ” next to his autograph and speaks freely on his faith. He said “The first and main reson why I play football is to evangelise people.” There is no information available on his personal matters. He has kept low profile. He started his professional career in the year 2005.According to 2013 Salary record, his Salary is reported to be 1 million Pounds. His current market value is 1 million Euros and has the agent called just football.

Park Chu-Young started his youth career joining at Cheonggu High School in 2001.He used to play and get trained from the coach of this High School. He spent two years at this High School team while he went to Zico Football Centre to enhance his skills in 2002 in order to enhance his skills. In 2004, he joined the team of Korea University where he used to study. Later in 2005, he joined at FC Seoul from where he made the debut of his professional career. He spent 3 years playing at FC Seoul. He appeared in 69 matches bagging 23 goals. In 2008, he joined with French Club AS Monaco. He spent three years with AS Monaco appearing in 91 matches bagging 25 goals. In 2011, he was transferred to Arsenal. He signed the three year contract with Arsenal until the mid of 2014. He was regularly called in the national team so couldnot play from the team. He appeared in a match from the Arsenal team and most of the seasons, he was loaned to Celta Vigo and the Current Team of Watford in 2012-2013 and 2014 respectively.

Park Chu-Young is in the first team of South Korea National Football Team since 2005. He had played in the under-20and 23 South Korea National Football Team in the year 2003-2005 and from 2007-2012 respectively. He was the part of the team in 2010 Asian Games at Guanzhou and 2012 London Olympics Games. From the first team of South Korea National Team, he has appeared in 63 cap matches bagging 24 goal scores.  He is regarded as one of the best striker of Korean Team. He has won several individual honors and to the team due to his performance and football talent in the pitch. One can view his Images in google sites.

Park Chu Young plays as a Central Forward in the team. He can also play well from the position of attacking midfielder and as a right winger. He has strong right foot. He is young, talented and ambitious. He plays from the main position of centre forward. He plays from the secondary position of secondary striker and left wing. He is a very talented player. He is young, energetic and enthusiastic player. He has adequate strength and stamina keeping pace and durability in the game.  He is skilled at header with accuracy. He has speed while dribbling the ball. He is good at aerial duels and is agile. He is good at penalties. He is skilled in giving Marseille turn and knuckle shot. It is his specialty in football. He has good attacking skill compared to the defensive.