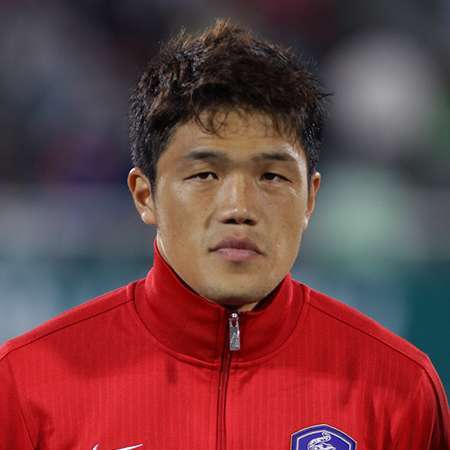 Jung Sun g-Ryong is a professional footballer who plays football from his Nation –South korea. He was  born in 4th of January in the year of 1985.He was born in Gwangju of Gyenonggi Province in South Korea. He was very much interested in football games rom his very early age. He started to play football right from his Elementary school. He was seen to play football in Gwangju Elementary school. He was also a member or player of the football team of the Seogwipo Middle School and Seogwipa High School from where he got graduated in his Education.He is currently playing for the national team of South Korea and apart from that he is also involved in his Current Team Suwon Blue wings and he is seen playing in K league. He is one of the popular Korean Footballer.

After playing several matches in local areas and from schools and colleges he got his first official contract signed in 2003.He signed his contract with Pohang Steelers. Until 2006 he wasn’t seen much in the games and later he was declared as the first choice goalkeeper as he was one of the important person to let his club win K league in 2007.In 2011 Jung was transferred to Suwono Blue wings as with 5 years contract agreement. He debut the club with the game against Sydney FC in 2nd March in 2011 in the AFC Champions League. Apart from his participation in the clubs he is also one of the key players in his national team. He made his debut in the national senior team in 2008 His first match was against Chile where he conceded goal and got lost by a goal. He had set a Guinness Record by scoring a goal from 85m distance which was later broken by Everton FC keeper by scoring a goal from 93 meter. After Lee Woon Jee, Jung has become the first choice as a keeper. In 2011 he was seen as goalkeeper in Asian Cup and later in 2012 London Olympics’ he was one of the most important player as his team made a historic record of third position in the football. He saved a penalty from England during the Olympics which is one of the important even in his career. He also played in 2010 World Cup where he appeared in all of the total four matches and conceded 8 goals in total. Although he was injured later he continued his game against Japan in third place and managed to keep a clean sheet then.

There is not much information about his marriage .But still his affairs and relationships gossips are not as much as hot issues as his football games are. He is mostly captured playing training sessions for his team in the ground. His height is 1.9 m and his weight is 75 kg.

He had been a Guinness world Record holder of one time for scoring the goal from m farthest position. He has been through around 200-250 matches and has recorded quite good number of clean sheets. His annual Salary is 2.5 million Euros.