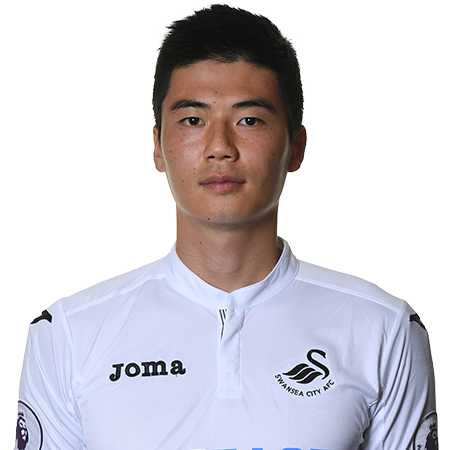 Ki Sung-Yung, is a South Korean Footballer who is currently playing as a central midfielder for the current team of Swansea City, a Premier League club. He was born in 24 January, 1989 in Gwangju, South Korea. He also plays for the National team of Nation South Korea. He is famous for his vision, long passing and shooting skill , technique ,along with his good set pieces.

Ki’s Parents believed on him that he would play football and learn English and send to Australia. He played for John Paul College and developed his football skills. Then in 2006 he returned to Korea and joined FC Seoul, he played alongside Lee Chung-Yong. He was kept as substitute in the last match of the 2006 League Cup. In 2008 season, he became a key player in FC Seoul. On 2009,  he was transferred to Celtic in Ł2.1m. He kept palying for Celtic and in 2010 he won Man of the match ward from Celtic. He was greatly complimented by the team. His talents and skil drew the attention of many clubs like QPR ,Liverpool, Aston Villa and several other Bundesliga club. He was transferred to Swansea City on 24 August 2012 for around Ł6 million on a three-year deal. He made a debut in Swansea on 28 August 2012, in a 3-1 win against Barnsley in the second round of the League Cup. He wore jersey no.24.  He played only for one year for the team as he joined Sunderland on 31 August 2013, on a season-long loan with a mid-season re-call option. He has been playing for Sunderland since then.

Ki officially confirmed that he was dating actress Han Hye-jin in March 2013, and announced that they were engaging in May 2013. They filed their marriage registration on June 25, 2013 and on July 1, Ki made Han Hye-jin his Spouse on their Wedding at the International Hotel Seoul. Ki is 1.87 m ( 6 ft 1˝in ) tall in Height and 79 kg Weight.

In international team , with his attendance in South Korea U23 they won Bronze cup in Summer Olympics 2012. He is paid around Ł6 million.