Representing Russia in association football, the Russian national squad has made 10 FIFA appearances and is the host country for the 2018 FIFA World Cup. FIFA has ranked the country in 65th position.

The national team is managed by Russian head coach, Stanislav Cherchesov. Former international goalkeeper, Cherchesov was appointed as a head coach of the Russian national squad with a target of reaching semi-finals of the 2018 World Cup.

Cherchesov started his managerial career in 2004 with Kufstein. He has managed other teams like Wacker Tirol, Spartak Moscow, Amkar Perm, Dynamo Moscow, and Legia Warsaw.

Six times Russian titles winner, Igor Akinfeev is a Russian professional, currently plays as goalkeeper and captains for both the Russian national team and PFC CSKA Moscow. Making more than 500 official appearances, he has spent his entire career at CSKA. 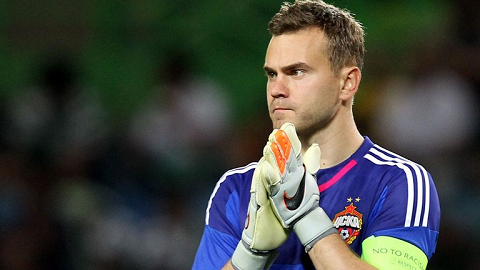 Akinfeev won six Russian Premier League titles, and six Russian Cups, as well as the UEFA Cup in 2005. He has earned over 100 caps for his country.

Akinfeev has won a fifth 2013–14 Russian Premier League title. He overtook Lev Yashin as the goalkeeper on 14 May 2014, with the third-highest number of clean sheets in Russian football. He broke this clean sheet record with his 233rd career shutout in the Russia national football team's 1–0 victory over Portugal.

Fyodor Smolov, a professional striker, currently plays for the national team and Krasnodar. He led the national squad to a 2-0 victory in the opening match of FIFA Confederations Cup Russia 2017 at Krestovsky. He was honored as a Man of the Match of the game. 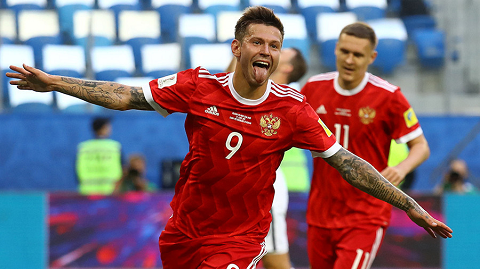 Russia has made 10 FIFA appearances to date. The team will be playing their first match against Saudi Arabia on June 14, 2018. They will play against Egypt and Uruguay in the further matches.

Also look at this World Cup Schedule for more details about the match.