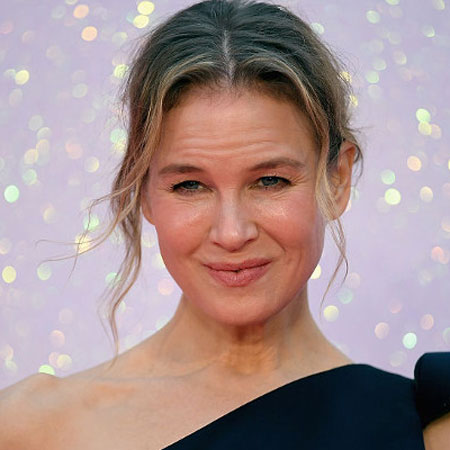 Oscar-winning actress, Renee Zellweger is one of the inspiring Hollywood actresses who rose to fame after starring in the movie, Jerry Maguire opposite Tom Cruise in 1996. She never fails to impress her audiences through her versatile acting and breakthrough performances. As a result, she has won several prestigious awards including an Academy Award, a BAFTA Award, three Screen Actors Guild Awards, and three Screen Actors Guild Awards. Zellweger is best known for her movies like  Nurse Betty (2000), Bridget Jones's Diary (2001), Chicago (2002),  Bridget Jones: The Edge of Reason (2004), My Own Love Song (2010) and others.

Renee Zellweger was born Renée Kathleen Zellweger on April 25, 1969, in Katy, Texas to Swiss father, Emil Erich Zellweger and Norwegian mother, Kjellfrid Irene. Her father was a mechanical and electrical engineer while her mother was a nurse and midwife. She often mentioned in her interviews, she was raised in a family of "lazy Catholics and Episcopalians."

Zellweger attended  Katy High School where she was active in different clubs and sports like gymnast, speech team club, drama club and cheerleader. She also used to play soccer, basketball, baseball, and football. Then she went to  University of Texas at Austin and graduated in 1991 with a B.A. in English. During her time at the university, she build up an interest in acting.

Renee Zellweger worked as a c* * ktail waitress in Austin, Texas during her junior year because of her poor family condition. Soon after her college, she started working at commercials and small budget movies.

Renee Zellweger started her professional acting career in 1992 with TV film, A Taste for Killing. Then she appeared in few films and series like Murder in the Heartland, Reality Bites,  8 Seconds. She got her major break in 1994 horror film Texas Chainsaw Ma s sacre: The Next Generation where she played a role of the teenage girl, Jenny. She received critical acclamation for her acting which opened doors for her Hollywood career.

In 1996, she starred in Jerry Maguire as a love interest of Tom Cruise. The movie was commercially successful which helped her to gain international fame. She earned her first award nomination at  Screen Actors Guild Award in the category of supporting female actress. Her next movie was A Price Above Rubies followed by  One True Thing,  The Bachelor,  Me, Myself & Irene, Nurse Betty.

Zellweger cast in the  2003 epic war film, Cold Mountain as Ruby Thewes. Her role earned her first Academy Award and several other prestigious awards.  Some of her notable screen credit includes White Oleander,  Down with Love, Bridget Jones's Baby Dairy,  Cinderella Man, Miss Potter, Appaloosa, New in Town,  My One and Only,  My Own Love Song. She also lent her voice to animated series, Shark Tale, Bee Movie.

Renee Zellweger took a career break of six years from 2010-2016. She made her comeback with romantic comedy Bridget Jones's Baby along with  Colin Firth and Patrick Dempsey. The movie did a satisfactory job at the box office. When she was asked about her break, Zellweger said she took a break after realizing she wasn't happy with her life after making a career as her first priority.

Then she featured in the films like The Whole Truth, and Same Kind of Different as Me. Her upcoming ventures are Best Day of My Life and Judy which is scheduled to release in late 2018.

Apart from acting, Renée Zellweger is active in philanthropic activist as well. In 2005, she supported the  HIV prevention campaign of the Swiss federal health department. She also provides financial support to The GREAT which is a  gender equality foundation.

Zellweger also collaborates with Tommy Hilfiger to design a handbag to raise money as well as awareness for the Breast Health Institute.

Renée Zellweger earned her first award nomination in 1994 at Independent Spirit Award for her role in Love and a 45. She won her first award in 1996 from Critics' Choice Movie Awards for Jerry Maguire. She received Satellite Awards and Golden Globe Awards in the category of Best Actress – Motion Picture Comedy or Musical for her performance in Nurse Betty.

Zellweger has appeared in many blockbuster movies some of her highest grossing movies are enlisted below,

Renée Zellweger is dating musician, songwriter, and producer Doyle Bramhall II since 2012. The couple knew one another from the early 90's when she attended the University of Texas, but at that time they were just good friends. However, the years later, when a mutual friend introduced them again, they hit it off.

Zellweger is happy with her current relationship, and she often gushed over her boyfriend in an interview.

In the past, she dated a ba s s player, Sims Ellison. The duo was together for five years until their break up. They called off their relationship after the actress moved to LA to focus on her career. In 1996, Sims Ellison committed suicide at the time of her big release, Jerry Maguire. After his suicide, she faced many criticisms on which she said,

"One inescapable fact of suicide is those left behind do feel responsible even if ultimately it is not your responsibility."

"The devastating consequences of having someone you broke up with take their life are incalculable."

In 1999, Zellweger met Jim Carrey on the set of Me, Myself and Irene. After few meetings, they eventually fell in love and got engaged. However, the couple failed to handle their love life and split apart in 2000. Then she was romantically linked to few celebrities and business personalities like  Matthew Perry, George Clooney, Damien Rice, Luke Perry, John Krasinski, Andre Balazs.

Zellweger briefly dated musician Jack White for few months. In May 2005, she announced her marriage with singer Kenny Chesney after four months of dating and their marriage lasted for four months only.

Once she was spotted on a dinner date with an actor, Paul McCartney but the duo never confirmed their relationship. In 2006, she met Bradley Cooper while shooting Case 39 but the duo started dating in 2009. However, same as her previous relationship this one also couldn't last long and the couple split apart in 2011.

According to an insider, the break up with Bradley Cooper really broke her heart. Then she disappeared from movies for three years and went underground.

Zellweger is a huge fan of former US president, Barack Obama and his wife, Michelle Obama whom she admired a lot and often mentioned in her interview as well.

Renee Zellweger has featured in numbers of covers of renowned magazines such as  Vanity Fair, Vogue, Haper's Bazaar, Allure, Detour, etc. She also made a frequent guest star at "New York Fashion Week" among other fashion events.

In 2014, while she attended the 21st-annual Elle magazine Women in Hollywood Awards, she was hardly recognized by media and social commentary which brought the speculation of her cosmetic surgery. Later, when she was asked about under knife thing, she stated:

"Perhaps I look different. Who doesn't as they get older?! Ha. But I am different. I'm happy."

Check out the video of Renée Zellweger where she talks about her friendship with Matthew McConaughey,