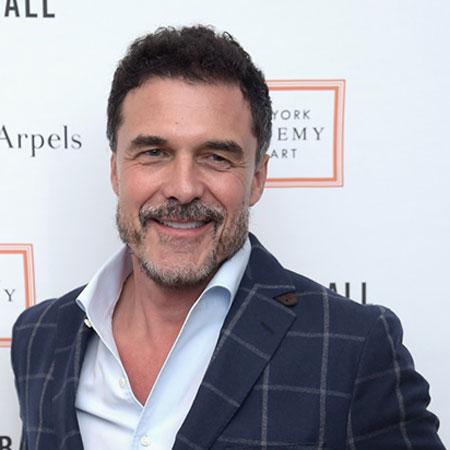 The CEO and President of Andre Balazs' Properties which includes a number of hotels in the United States and residences in NYC, Andre Tome Balazs is a popular business personality.

His luxuries hotels including Chateau Marmont in Hollywood and The Mercer Hotel in New York City are one of the highly rated hotels in America.

Andre Balazs was born on 31 January 1957 in Boston, Massachusetts to Endre Alexander Balazs, and Eva K. Balazs. He is of White ethnicity and holds Ameican nationality.

He graduated from Cornell University as a College Scholar and member of the Quil and Dagger society and later, achieved a master's degree in journalism and business from Columbia University.

After his graduation, Andre Balazs became a founding trustee of the New York Academy of Art. He was the recipient of the Cooper-Hewitt National Design Museum Design Patron Award.

Andre Balazs' property consists of eight hotels across the United States. The luxury group covers The Mercer Hotel in NYC, Chiltern Firehouse in London and Sunset Beach on Shelter Island whereas, the Standard hotels areThe Standard Spa, Miami Beach, The Standard, East Village, and many more. Besides hotels, Balazs owns numerous properties including One Kenmare Square, 40 Mercer Residences, and 15 William.

He initiated his career serving at Biomatrix, a New Jersey-based biotech company owned and founded by his father. In 1990, Balazs purchased Chateau Marmont, launching his business as a hotelier. The hotel is located on Sunset Boulevard, the building was first built in 1929 for renting apartments, modeled after Chateau d' Amboise, a royal retreat in France's Loire Valley.

After seven years, he opened a luxury boutique hotel and restaurant known as Sunset Beach. The Hotel opens seasonally based on Shelter Island, in New York. The property includes beach accessories, a boutique featuring designer pieces of apparel, jewelry, with 20 rooms.

In 1998, Andre Balazs purchased The Mercer Hotel in downtown New York which was designed by popular French designer Christian Liaigre. The Mercer Hotel has six floors of a Romanesque revival building with over 75 rooms.

The Standard, Hollywood is the first hotel of Balazs' collection, which was opened in 1998. His second standard hotel is The Standard, Downtown LA, opened in 2002. The building was initially built in 1956 as the corporate headquarters of Superior Oil. In 2006, he opened The Standard Spa, Miami Beach, a hydrotherapy spa hotel. The hotel is located on Belle Isle.

His fourth and the largest Standard hotel was opened in 2008. The hotel consists of 337 rooms, eighteen floors, and is located at Manhattan's thriving Meatpacking District. The Standard, New York features The Standard Grill, the hotel's restaurant with outdoor Biergarten, which serves traditional German beer and food, Top of The Standard, and Le Bain.

From 2011, Andre Balazs launched seaplane service to the Hamptons, StndAIR, an 8-seat plane operating scheduled flights and charters from Manhattan.

Andre Balazs owns several luxury hotels which include, The Mercer Hotel in New York City, Sunset Beach on Shelter Island, Chiltern Firehouse in London, as well as The Standard hotel across America. As of now, his net worth is estimated to be around $ 700 million.

Balazs and his father first founded a biotech company which they sold in 2000 for $700 million. In 2014, He sold the Standard High Line, which consists of 330 rooms. The hotel was sold for more than $400 million. It is considered to be one of the highest paid hotels.

Andre Balazs also owns another hotel in partnership with David Heller, an investor in Philadelphia 76ers. According to some sources, Balazs, Heller along with other investor purchased the property which is currently known as the Cooper Square Hotel. The property was purchased for 90 million.

In 2011, Balazs started a new business of seaplanes. His StndAIR airlines takes passengers from the heliport to East 23rd Street to luxury destinations such as East Hampton, charging $525 for one way.

In 2014, actors Amanda Anka and Jason Bateman went to a dinner party at the Chiltern Firehouse after the London premiere of Horrible Bosses 2. The hotel Chiltern, previously was a fire station in 1889 turned into a luxury restaurant and hotel owned by Andre Balazs.

After the dinner, Balzas' took the group on a tour, leading them upstairs with an exotic view of London.  accessible by a ladder. Amanda Anka was wearing a burgundy leather dress and felt uncomfortable to climb the ladder, as per the witness.

When, Balazs insisted, as she went before him, Balazs slipped a hand under her skirt and touched her crotch. Later, Anka told the group about the incident: her husband and friends were pretty upset.

Not only Anka, several other women have also accused Balazs of sexual misconduct. A former employee of his hotel who worked at the front desk named Sarah said, in 1991, Andree Balazs was in LA and he invited her for dinner in Koreatown. At the time he was married to Katie Ford.

They stayed at dinner for short period, as Balazs suggested to leave and went to the mud-wrestling club. Sarah said, Balazs grabbed her arm pinned her to the wall and covered her mouth with his mouth. He took his hand down towards her vagina. She said:

They went home in silence. After some months, Sarah left the job.