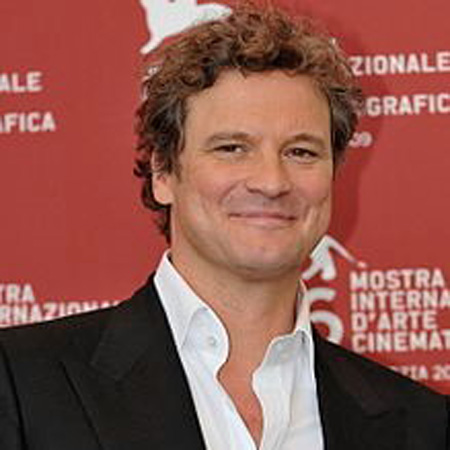 The Oscar Award winner, Colin Firth is a British actor. He has gained a huge public attention after portraying the character of King George VI in ‘The King’s Speech.’ For which he also has received the Academy Award and multiple worldwide best actor awards. He also featured in the Oscar-winning blockbuster film, Shakespeare in Love.

Firth spent most of his childhood days in the village of Grayshott, Hampshire along with his brother, Jonathan, an actor and sister, Kate, an actress and voice coach. During his early age, he traveled a lot in Nigeria due to his parents’ work, and he also lived for several years there. He attended the Montgomery of Alamein Secondary School after returning to the UK.

In the school, Firth felt unfit, and he was always bullied by his classmates because of which he lost his interest in studies. As a child, he took an interested in acting and began attending drama classes at the age of ten. When he was 14 years old, he decided to become a professional actor.

The actor Firth wasn’t academically inclined, and he later said in an interview,

"I didn't like school. I just thought it was boring and mediocre and nothing they taught me seemed to be of any interest at all.”

However, Firth was imbued with a love of English literature at the Barton Peveril Sixth Form College. There he stayed for a couple of years and later he joined the National Youth Theatre in London.

Colin Firth first got a job in the wardrobe department at the National Theater. After playing Hamlet in the Drama Center’s production, he was discovered by playwright, Julian Mitchell and made his film debut by playing the character of the Tommy Judd in 1984, in the stage production ‘Another Country.’

In the year 1988, Firth appeared in BBC dramatization, Tumbledown as a real-life British soldier, Robert Lawrence MC. In 1995, he gained widespread attention after he was selected to play the character as haughty aristocrat Mr. Darcy in a television adaptation of Jane Austen’s ‘Pride and Prejudice.’

The stellar performance gained accolades and rave reviews in England as well as catapulted him to the status of a sex symbol. He then portrayed the role of the Lord Wessex in the 1998 romantic comedy-drama ‘Shakespeare in Love.’

Firth gained more fame and accolades from critics and fans alike for his significant role in the Academy Award-winning film, The English Patient (1996). The movie grossed a huge box office collection of $232 million whereas its producing cots was only $27 million.

The film featured, Ralph Fiennes, Willem Dafoe, Kristin Scott Thomas, and Naveen Andrews as well. After a couple of years, Firth held a prominent role in yet another Academy winning blockbuster, Shakespeare in Love.

The film made more than $100 million in the United States box office, and it took in over $289 million worldwide whereas it was budgeted only $25 million.

After featuring in several famous and commercially successful movies, he gained breakthrough after playing the most critically acclaimed role yet as King George VI in The King's Speech, in the year 2010.

The movie’s producing cost was only $15 million, and it grossed a whopping box office collection of $414.2 million.

Colin Firth has received some prestigious awards for his settler performance. In the year 2009, he awarded the Austin Film Critics Association Award for Best Actor and British Academy of Film and Television Arts Award for Best Actor in a Leading Role for his gripping role as George Falconer in ‘A Single Man.’

The 57-years old, Colin Firth is married to his girlfriend, Italian film producer, and director, Livia Giuggioli. The couple is happily married since 1997. Firth and Livia have been supportive of each other throughout their journey of around two decades.

They have two children together. After four years of marriage, the couple welcomed their first son, Luca who is now a high school boy. In August 2003, Giuggioli gave birth to their second son, Matteo. Besides, his successful marriage with Livia, the famous actor, Matteo was romantically involved with several famous Hollywood divas before getting married.

Firth first dated Canadian-American actress and novelist, Meg Tilly in the year 1989. The couple first met each other during the filming of Valmont. Firth and his ex-girlfriend, Meg moved to a log house on five acres of mountainside property about residing outside Vancouver near the town of Maple Ridge, British Columbia from Los Angeles.

The duo has a son, William Joseph "Will" Firth who was born in the year 1990. However, the couple called off their affair in 1994. After that, Firth also was involved in a relationship with his ‘Pride and Prejudice’ co-star Jennifer Ehle for about a year before their split in the year 1995.

Award-winning actor, Colin Firth then began dating Giuggioli and married in 1997 shortly after of their affair. Firth and his wife Giuggioli are quite close with their sons. The family goes out for shopping and vacations quite frequently.

Firth is currently residing in both Chiswick, London and Umbria, Italy along with his grateful family.

The successful English film, television, and theatre actor, Colin Firth has an estimated net worth of around $25 million. One of his critically acclaimed and commercially successful movie, The King's Speech, grossed a whopping amount of $414.2 million whereas it was budgeted only $15 million.

Therefore according to the profit sharing contact between makers and actors, he must have collected a huge amount from the profit. He is 6 feet 1 inch tall.