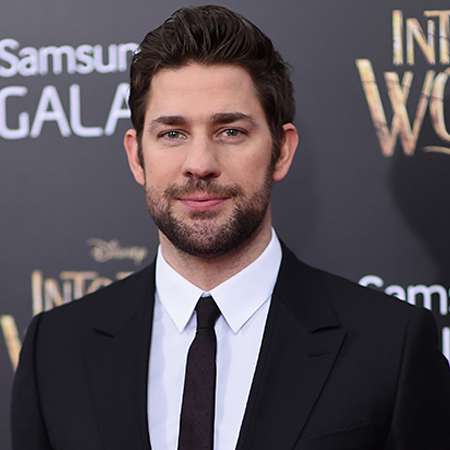 John Krasinski is one of the leading faces in the field of entertainment. His first big break came in 2005 after his major role on the NBC sitcom The Office. He has also landed a number of breakout roles in several successful movies like  License to Wed (2007), Leatherheads (2008), Away We Go (2009), It's Complicated (2009), and  13 Hours: The Secret Soldiers of Benghazi (2016). For his finest performance and mindblowing acting skills, the actor has also won numerous prestigious accolades like two Primetime Emmy Award nominations and two Screen Actors Guild Awards.

Krasinski has been married to his wife Emily Blunt for a long time and the two are also blessed with two children.

John Krasinski was born on October 20, 1979, in Newton, Ma s sachusetts of United States. John mother name is Mary Clare, is a professional nurse. And his father Ronald Krasinski was an internist. He belongs to American nationality and ethnicity wise, he is from a mixed ethnical background as his father is Polish-American and his mother is Irish-American.

Krasinski brought up as the Roman Catholic along with his two older brothers named Kevin Krasinski (born 1972) and Paul Krasinski (born 1975). As a schoolboy, he made his stage debut by appearing in a sixth-grade school production of the musical Annie. In the year 1997, he graduated from Newton South High School. Following his schooling, he worked as an English teacher in Coast Rica.

Krasinski later attended Brown University and studied theatre arts under Lowry Marshall and John Emigh graduating in 2001. At that time, he also became the member of the sketch comedy group Out of Bounds.

John Krasinski also became a part of National Theatre Institute which was located in Waterford, Connecticut. He kick-started his acting career professionally State and Main in 2000. His subsequent success includes License to Wed (2007), Leatherheads (2008), Away We Go (2009), It's Complicated (2009), and  13 Hours: The Secret Soldiers of Benghazi (2016).

In 2018, Krasinski appeared in A Quiet Place. She has been appearing in the TV series Tom Clancy's Jack Ryan since 2018.

John Krasinski's Net Worth And Earnings

John Krasinski has also earned a tremendous amount of money from his prolific career. As per celebrity net worth, the actor has an estimated net worth of around $30 million, as of 2018. And as per the same source, his salary per episode is around $125,000.

In 2017, Krasinski was a cast in a romantic comedy License to Wed along with Robin Williams and Mandy Moore. The movie also became the instant hit at the box office grossing more than $70 million on a $35 million movie. In the year 2009, he went on to play in another comedy movie It's Complicated which was also turned out to be commercially successful as it made over $219 million whereas its producing cost was $85 million.

In 2016, along with his wife Emily Blunt, Krasinski bought a home for $6 million in Park Slope. The house after two years listed on the market. The couple also purchased a mansion in 2014 for $2.5 million, in Hollywood Hills. The 3,483 square feet also boasts 4 bedrooms, 3 bathrooms, a large cook's kitchen, breakfast bar, and a large media/family room.

John Krasinski is a married man. He tied the knots with his girlfriend Emily Blunt on July 10, 2010. The couple organized their wedding ceremony in Como, Italy. His wife Emily is also a British-American actress and has won a number of prestigious awards like Golden Globe Award. The couple started dating in November 2008. And the two after a year of a love affair got engaged and finally married in the following year.

Krasinski and his wife welcomed their first child, a daughter, named Hazel Krasinski in February 2014. The couple has also a daughter Violet Krasinski, was born in July 2016. He is also a huge fan of  American professional baseball team's Boston Red Sox.

John is 6 feet 3 inches tall in his height.