Jerry Seinfeld declines a hug request from Kesha, Says" I Don't Know Who that was." Know the reason 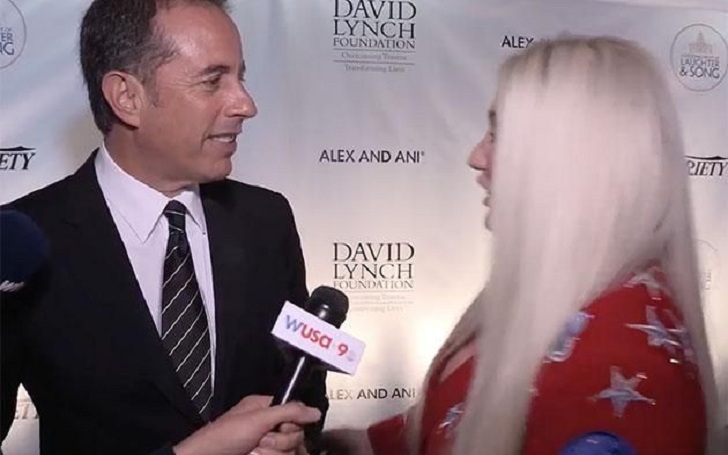 American comedian Jerry Seinfeld refused a hug request from Kesha as she approached on the red carpet for the David Lynch Foundation's National Night of Laughter and Song on Monday.

The "Die Young" singer repeatedly requested to hug Seinfeld for three times while he was giving an interview. However, he disrespectfully rejected her proposal and said: "No Thanks."

Later after Kesha moved away from him, Seinfeld turned towards the reporter and said:

I don’t know who that was.

When the reporter told that she was Kesha. He further replied abruptly:

Okay, well I wish her the best.

Kesha fans all over the globe went crazy after the video became viral. Tha fans reacted angrily to his behavior. They have even started criticizing him on Twitter with hashtag #JerrySeinfeldIsOverParty.

Seinfeld is a comedian known for his sense of humor and stand-up comedy. Some of the people believe it to be a part of his humor and have not taken it so deeply. However, Seinfeld is yet to make any announcements regarding the controversy.

Seinfeld had even reacted on Kathy Griffin's Trump photo controversy a week before and said: “It’s stupid, who cares?”