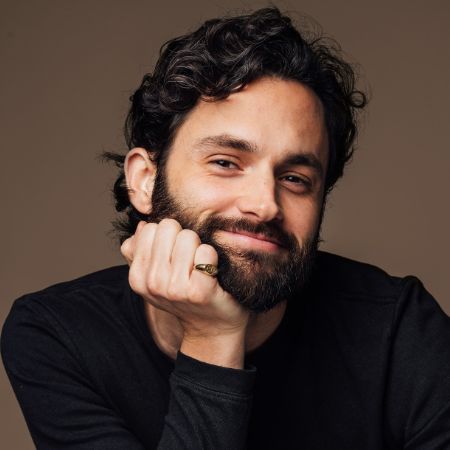 American actor and musician Penn Badgley is widely known for his role in John Tucker Must Die, The Stepfather, Easy A, and Margin Call. Besides, he is also known for his appearances in the television series Gossip Girl and You. Badgley is also a lead vocalist for the Brooklyn-based indie band MOTHXR which released its first album Centerfold in 2016.

Penn Badgley has been married to singer Domino Kirke for around three years. Badgley started dating Kirke after his breakup with Zoe Kravitz. The couple dated for a couple of years before they exchanged their vows on 27th February 2017 in a New York Courthouse. 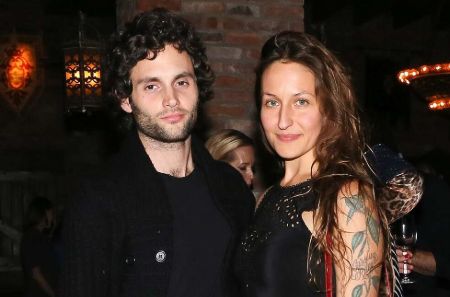 Penn and Domino don't have any children together, however, Kirke has a son, Cassius, from her previous relationship.

Before Penn Badgley started dating wife Domino Kirke, he was in a couple of high-profile relationships. He dated Gossip Girl co-actress Blake Lively. The couple first met on the set of the 2007 teen drama series, Gossip Girl. The couple was openly together and they also supported Barack Obama in the presidential election in 2008. The couple even became a part of the Obama commercial MoveOn's Youth Vote Program. Badgley and Lively remained together until 2010.

After that, Penn dated actress Zoe Kravitz. The lovebirds started dating in 2011 and remained together for two years until 2013.

Meanwhile, Badgley was in a relationship with his college sweetheart Seneca Rice during his college days. But the pair parted their ways shortly.

Penn Badgley Started His Career as a Voice Actor

Penn Badgley started his career as a voice artist in 1999 from television animation series Will & Grace. He made his debut from the 2000 movie The Fluffer. The same year, he appeared in The Young and the Restless. 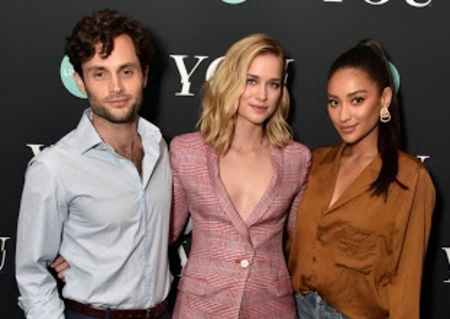 Penn Badgley along with Shy Mitchell and Elizabeth Lail at the premiere of You SOURCE: Just Jared

Talking about Badgley's recent appearances, he is famously known for his role as Joe Goldberg in the Netflix series You. He shares the screen with Elizabeth Lail, Shay Mitchell, and Jenna Ortega in the series.

Has a Net Worth of $8 million

Being one of the successful actors, Penn Badgley has collected a huge wealth from his acting career. According to Celebrity Net Worth, the actor holds a decent net worth of $8 million as of 2020.

From various online sources, Penn earns $55k per episode for his role in the television series You.

The actor also appeared in movies that collected well at the Box Office. Some of his movies are listed below.

Badgley and his wife Domino Kirke owned a Williamsburg Loft with a 2000 square foot condo that features 3 bedrooms and 2 bathrooms. The pair sold their condo in August 2019 for $2.15 million.

Penn Badgley became a member of The National Celebrity Cabinet to promote Red Cross services. He also worked along with Brad Pitt to bring the FIFA World Cup in the United States.

Penn is a big supporter of LGBT rights.

Born And Raised in Baltimore

Penn Badgley was born as Penn Dayton Badgley on 1st November 1986, in Baltimore, Maryland, United States. He belongs to white ethnicity and holds an American nationality.

His father Duff Badgle worked as a carpenter and his mother, Lynne Murphy, is a newspaper reporter. His parents divorced when he was just 12 years old after which, he had to split his time between Woodlake, Virginia and Seattle, Washington. 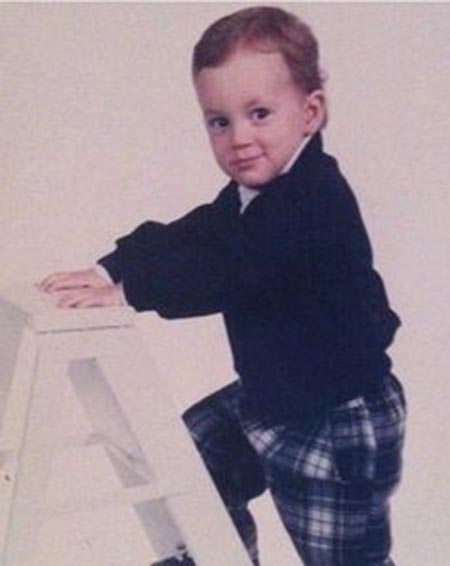 Badgley attended Woolridge Elementary School then transferred to St Christopher's School. While being in St. Christopher's, he indulged in playing football where his father worked as a coach. While he was in Charles Wright Academy in Tacoma, Washington, he was involved in Seattle Children's Theater.