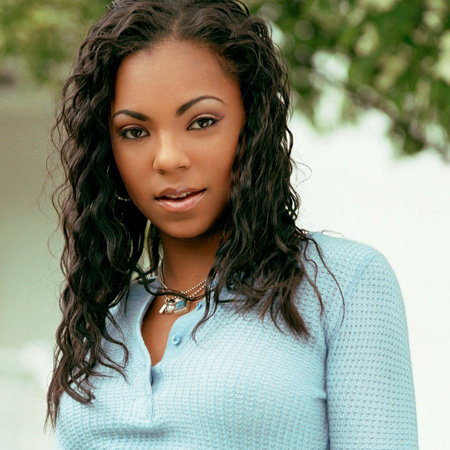 Ashanti Shequoiya Douglas, simply known as Ashanti, is an American singer and songwriter as well as a record producer, dancer, and actress. She was born on October 13, 1980, in Glen Cove, New York and is known for her self-titled debut album ‘Ashanti’, which featured the hit song "Foolish", and won her first Grammy Award for Best Contemporary R&B album. Ashanti also wrote and sang background on Jennifer Lopez's "Ain't It Funny (Murder Remix)", a hit song that had reached number one on Billboard Hot 100.

Ashanti Douglas was born to Tina Douglas, a former dance teacher and Ken-Kaide Thomas Douglas, a former singer. She was named after the Ashanti Empire in Ghana, a nation where women have power and influence. Growing up, she took dance lessons in Bernice Johnson Cultural Arts Center and danced in various events and ceremonies.

Ashanti Douglas was a talented and passionate singer from a very young age. Her singing potential was discovered at the age of 12 when her mother overheard her singing “Reminisce” by Mary J. Blige. She got a huge support from her mother and while attending high school, she performed in a local talent show and various clubs and cafes.

At the age of 16, Ashanti Douglas was discovered by Bad Boy Records, but things did not work as expected, and she signed in with Jive Records instead. However, she backed away when the company tried to turn her into a pop star, and she ultimately ended the deal. The next year, she put her college pursuits aside and moved to Atlanta in an attempt to sign with Epic record label, which too was a failure.

It wasn’t until Irv Gotti of Murder Inc. noticed Ashanti Douglas' singing talents that her singing career began to finally take off. The label was well known for its hardcore rappers and aggressive music and she offered a more soulful sound to the label without losing its edge. She provided a melodic response to the rap music, thus appearing in Fat Joe's "What's Luv?" and Ja Rule's "Always on Time", two of the biggest hit songs of 2002.

Following the success of her collaborations, Ashanti Douglas was ready to release her debut “Foolish”, which is also her biggest song to date. She became the second artist (after The Beatles) to have their first three chart entries in the top ten of the Hot 100 simultaneously. In April 2002, Ashanti released her self-titled debut album on Irv Gotti's Murder Inc. record label. It debuted at number one on the U.S. Billboard 200 albums chart and has been certified triple platinum in the United States, selling six million copies worldwide. Although her subsequent studio albums were not as successful as her debut album, they still made their way onto the Billboard 200 chart. Her success has a huge contribution in her net worth amounting $18 million.

Aside from her singing, Ashanti Douglas has also played in various movies, making a name for herself as an actress. Prior to her success in the music, she played smaller roles in films like Spike Lee's Malcolm X (1992). After her breakthrough in the music industry, she played in various TV series, like The Proud Family, American Dreams and Buffy the Vampire Slayer. She also landed roles in films like Coach Carter, John Tucker Must Die, and Army Wives.

Ashanti Douglas started dating famous rapper Nelly in 2003. The couple broke up in 2014 after Nelly learned that she cheated her by having affairs with Chink Santana. Her next boyfriend was DeSean Jackson,       whom she dated with until 2015. She then had a short-lived relationship with Darnell Dockett. As of current, she is still not married.