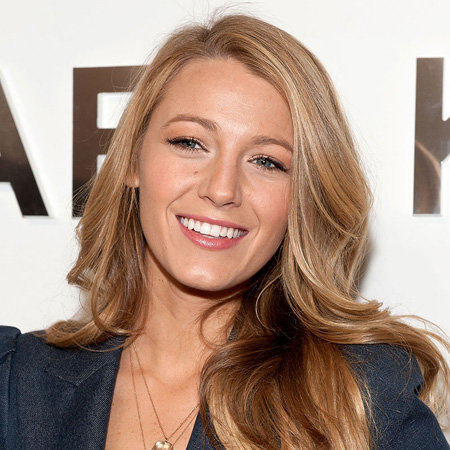 Blake Lively, an American actress, is known for her role as Serena Van der Woodsen in the CW teen drama series Gossip Girl. She has appeared in various films and TV shows like The Sisterhood of the Traveling Pants, The Age of Adaline and The Shallows.

He currently filming The Rhythm Section alongside Jude Law, Daniel Mays, Raza Jaffrey and other stars.

Lively was born on 25th of August, 1987 and is the daughter of actor Ernie Lively and Elaine. Her brother Eric, sisters Lori and Robyn and half-brother Jason are all in the entertainment business and are actors. She was born in Los Angeles in the Tarzana neighborhood. Her nationality is American.

Blake was inspired into acting since a very small age whereby she was taken into acting classes with her parents. This led her to attain the skills necessary for acting. She studied in the Burbank High School and obtained the role of Bridget for The Sisterhood of Travelling Pants during this time.

She appeared in the 1998 film Sandman at the age of 10 which marked the beginning of her acting career. She got nominated for the Teen Choice Award for her role. Her other role was in Accepted and in Simon Says. She played Annabelle in the 2007 film Elvis and Annabelle.

Her role in the CW series Gossip Girl started at around September 2007. This role was critically acclaimed by her fans around the world.

She has since appeared in several other productions like New York, I Love you, The Private Lives of Pippa Lee, The Town, Green Lantern, Hick, Savages, The Age of Adaline, All I See Is You, Untitled Woody Allen film as well as The Shallows. Her television roles include acting not just in Gossip Girl but also as hosted Saturday Night Live.

Lively has been considered to be one of the most influential people by Time Magazine and AskMen.com has ranked her as one of the most desirable women in 2011. In 2016, she appeared in the movie Cafe Society. Recent year, she featured in the All I See Is You.

Blake Lively is a married woman. She is married to actor Ryan Reynolds since 2012. She met Reynolds while filming the movie Green Lantern in 2010. The couple fell in love and started dating at around 2001, October. In June 2012, they bought a home in Bedford, New York. This couple got married on 9th September 2012.

The wedding took place in Boone Hall situated in Mount Pleasant, South Carolina. Lively has two children yet. Their daughter James was born on 2014, December. On September 30, 2016, they welcomed their daughter- Ines Reynolds.

Blake Lively was surrounded by rumors back in 2007 that she was dating the Gossip Girl co-star Penn Badgley. After news came out about them being in a relationship and photos were featured about them kissing on a vacation in Mexico, they became more open about their affair and they confirmed that they had been together since 2007. Their relationship, however, ended in 2010, September.

On October 201, she revealed the on sexual harassment after other celebrities accused Harvey Weinstein. Harvey's harassment was accused by several Hollywood divas like Angelina Jolie, Ashley Judd, and Lauren Sivan.

Lively's current net worth is $16 million. Her husband has one of the richest actors in Hollywood who has $60 million net worth. The Lavish couple has a luxurious lifestyle.

They currently live with daughters in a lavish mansion worth $2 million in Bedford, New York. She owns the expensive car of Lexus brand. She is 5.10" tall and who has a perfect body measurement size of 35-26-36 inches.