Chace Crawford is one of the recognized faces in the world of acting. He is widely known for his Teen Choice Award-winning role of Nate Archibald in the teen drama series, Gossip Girl. Crawford also worked in movies, including The Covenant, The Haunting of Molly Hartley Twelve, and What to Expect When You're Expecting. Similarly, the actor's performance in Blood & Oil and The Boys earned him further acclaim.

Chace Crawford was born on 18th July 1985, in Lubbock, Texas, United States. He belongs to white ethnicity and holds an American nationality.

Crawford is the son of Chris Crawford (father), a dermatologist and Dana Crawford (mother), a teacher. He was raised along with his young sister, Candice Crawford, a former Miss Missouri USA and Miss USA contestant.

He attended Ridgeview Elementary School for four years while his father was studying medical in Bloomington, Minnesota. He graduated from Trinity Christian Academy in Texas in 2003. Then, he enrolled at Pepperdine University to study journalism and marketing. But, Chace dropped out of college to pursue his acting career.

Chace Crawford started his acting career, playing in a TV movie Long Lost Son in 2006. Later, he worked in movies such as The Covenant, Loaded, and The Haunting of Molly Hartley.

In 2007, the actor got the role in the CW teen drama series Gossip Girl. He also won four Teen Choice Awards for his breakthrough performance on the show. Crawford shared the screen along with Blake Lively, Leighton Meester, and Penn Badgley, working until 2012 on the CW TV show. 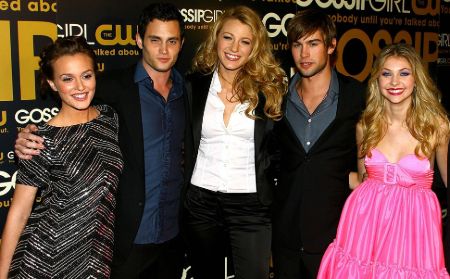 Moreover, Crawford starred in movies like Rules Don't Apply, Undrafted, Eloise, I Do....Until I Don't, and All About Nina. In 2019, he appeared in television series The Boys and movie Nighthawks. His future projects include Inheritance and Riptide.

Has $6 Million Net Worth

According to celebrity net worth, Chace Crawford has an estimated net worth of $6 million. The major portion of his wealth, Chace collected from his work in a number of movies and TV shows.

Sources suggest that Chace was paid $50,000 per episode for his role in Gossip Girl from 2009 to 2011. The actor also appeared in many box office hit movies. Some of them are following,

Chace Crawford, 34, is yet to be married. The actor is also not dating anyone publically as of 2020. 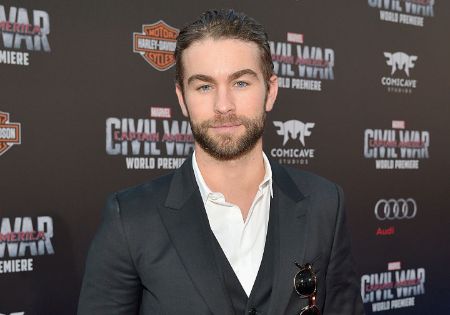 Crawford was in a long-time relationship with an actress Rebecca Rittenhouse. The couple first met in 2015 on the set of Blood & Oil. In April 2017, the two were also rumored to be getting married, but later it was turned out to be a hoax.

Despite their loving and long relationship, they could not last long and called off their nearly four years of dating in May 2019. Furthermore, the actor also dated Rachelle Goulding for a year (2013-2014). He was linked to Elizabeth Minett from 2010 to 2011.