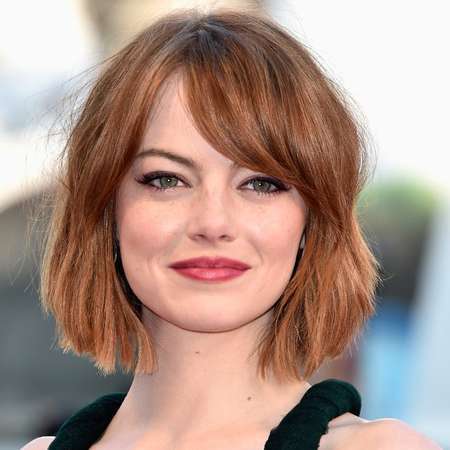 Born and raised in Scottsdale Emma Stone is one of the leading faces in the field of entertainment. To date, the actress has landed a number of a breakthrough performance in both TV series and movies especially her major role in 2010's Easy A. earned her a tremendous popularity as well as her Golden Globe-nomination. She was also a cast in the critically praised The Help and comedy Crazy, Stupid, Love, both released in 2011. Her marvelous performance in the dark comedy Birdman in 2014 also earned her an Oscar nomination for Best Supporting Actress. In 2017, she became the highest-paid actress in the world so far.

Emma was born as Emily Jean "Emma" Stone on November 6, 1988, in Scottsdale, Arizona, the United States. She is an American by nationality belonging to the mixed ethnicity. She is the daughter born to Krista Stone and Jeff Stone.

Her mother was a homemaker whereas her father was the founder and CEO of a general contracting company. She is of Swedish, German, English, Scottish and Irish descent. She spent most of her childhood on the grounds of the Camelback Inn with her brother, Spencer.

Emma attended Sequoya Elementary School and then Cocopah Middle School. She made her acting debut at the age of 11 in a theater production of The Wind in the Willows.

She has made her roles in television series like The New Partridge Family, Malcolm in the Middle as Diane, The Suite Life of Zack & Cody as Ivana Tipton, Drive as Violet Trimble, Saturday Night Live as Herself / Gwen Stacy and more. 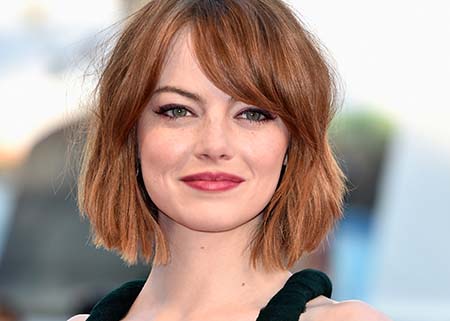 She has also played a role in several movies such as Birdman or (The Unexpected Virtue of Ignorance) as Sam Thomson, Aloha as Allison Ng, and La La Land as Mia Dolan. She will soon be seen in 2014’s movie, Battle of the Sexes as Billie Jean King. In 2017, she appeared in the movie Battle of the Sexes sharing the screen alongside Steve Carell, Andrea Riseborough, and Sarah Silverman, and  Bill Pullman.

The following year, Stone went on to feature in The Favourite and Netflix dark comedy miniseries Maniac.

Emma Stone's Net Worth And Salary

Throughout her extensive career that the actress has played a number of iconic roles in both movies and TV series. As per celebrity net worth, she has a net worth of around $28 million. In the year 2013, she earned around $16 million.

Stone along with her ex-boyfriend Andrew bought a home for $2.5 million in Beverly Hills, according to The Real Estalker. The 3,862-square-foot home boast four bedrooms and three and a half bathrooms.

In 2012, Stone played a role in a superhero movie The Amazing Spider-Man which became the hit at the box office grossing over $757 million worldwide, becoming the seventh highest-grossing film of 2012. In the movie, she appeared alongside Andrew Garfield, Rhys Ifans, and Denis Leary.

Stone is an inspiration to many of the aspiring actresses and youths of her age. The critics consider Emma as one of the most talented actresses to date.

Emma Stone is not married yet and does not have a long dating history. She is very much focused on her acting career. She is one of the most successful actresses of this era. Stone is reluctant in speaking about her personal life in front of the media. 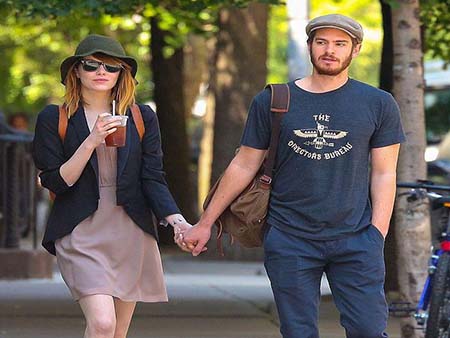 Soon after the breakup, she began having an affair with The Amazing Spiderman, Andrew Garfield. They began living together in New York City. The couple got engaged. The couple soon broke up in 2015 because of the busy shooting schedules that kept them apart for a long time. There are rumors that the two are back together but both of them have not confirmed the rumor. On May 24, 2018, they were seen having dinner together at the West Village's Dell’anima restaurant.

Emma currently resides in Los Angeles. She has not married till date and does not have any children.