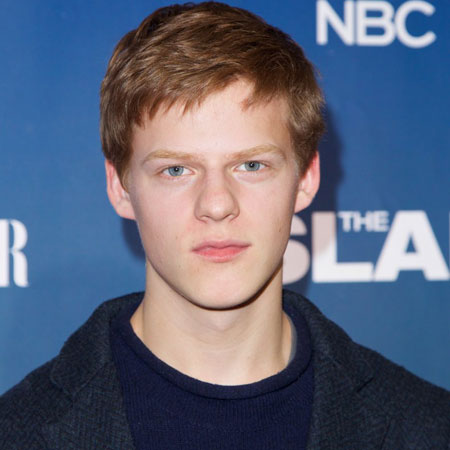 One of the youngest Academy Award-nominee American actors, Lucas Hedges is the son of Oscar-nominated screenwriter and director, Peter Hedges. He made his Hollywood debut in 2007 from his father’s movie, Dan in Real Life. He then appeared in a supporting role in the comedy-drama, Moonrise Kingdom. His acting in the movie was praised by both audiences and the filmmakers. Hedges has appeared in different hit movies like Lady Bird, Three Billboards Outside Ebbing, Missouri and Kill the Messenger. For his role in the movie, Manchester by the Sea, he was nominated for several awards including Academy Awards, BAFTA Awards, and Screen Actors Guild Awards.

In 2017, he made his Off-Broadways debut from the play, Yen in the main role at Lucille Lortel Theater. He won Theater World Awards for his role.

Lucas Hedges was born on 12th December 1996 in Brooklyn Heights, New York under the birth sign Sagittarius. Hedges is American as per nationality and as far as his ethnicity is concerned, he is Mixed (English, German, and Scots-Irish descent).

He is the son of poet and actress, Susan Bruce and Oscar-nominated screenwriter and director, Peter Hedges. His parents raised him with his brother Simon Hedges in Brooklyn Cobble Hill.

Hedges completed his schooling from Saint Ann’s School and later joined the University of North Carolina School of the Arts where he studied theater. He then graduated from the Cherubs Theater Program at Northwestern University’s National High School Institute.

Lucas Hedges made his Hollywood debut in 2007 from the comedy-drama film, Dan in Real Life directed by his father, Peter Hedges. In 2012, Hedges worked as Redford in the coming-of-age film, Moonrise Kingdom by Wes Anderson.]

In 2014, he worked in a biopic movie, Kill the Messenger with Jeremy Renner, Mary Elizabeth Winstead, Rosemarie DeWitt and Paz Vega. Hedges then back to back worked in several movies like Arthur Newman, The Zero Theorem, Labor Day, The Grand Budapest Hotel and Kill the Messenger.

Manchester by the Sea

In 2016, he made his career breakthrough role as Patrick Chandler in the drama film, Manchester by the Sea. He shared the screen with Casey Affleck, Michelle Williams, Lucas Hedges, and Kyle Chandler. Hedges received Oscar nomination for his brilliant performance in the movie and became one of the eight youngest Academy Awards nominee.

CAPTION: Lucas in one of the scenes of Manchester by Sea. SOURCE: The Hollywood Reporter

In 2017, Hedges made his off-Broadway as Hench in the theater play, Yen at the Lucille Lortel Theater.

As of 2018, he is working in three movies including Boy Erased as Garrard Conley, Mid-90s as Stevie and Ben Is Back as Ben Burns.

Here is the list of some of Lucas Hedges' awards:

2016 = National Board of Review Awards for Manchester by the Sea.

2016 = Chicago Film Critics Association Awards for Manchester by the Sea.

2016 = Critics' Choice Movie Awards for Manchester by the Sea.

Lucas Hedges has an estimated net worth of $3.5 million as per some sources, however, the amount is still under review. He has been part of several commercially successful movies and some of them are listed below:

Lucas Hedges, the Manchester by the Sea star, is currently single. Hedges also passed a statement regarding his dating life,

Hedges does not use any social media because he thinks that it would make him addictive.

‘’I don’t have social media. I don’t have Facebook or Instagram or Snapchat. So in all honesty, the only exposure I have to groupies is at red carpet events like this. But then I go home and have a normal life. If I did have social media, I would spend way to much time on it. It is way too addictive for me.’’

When not working in TV, he prefers to live a normal life.

Here is the video, revealing 10 interesting facts about Lucas Hedges: