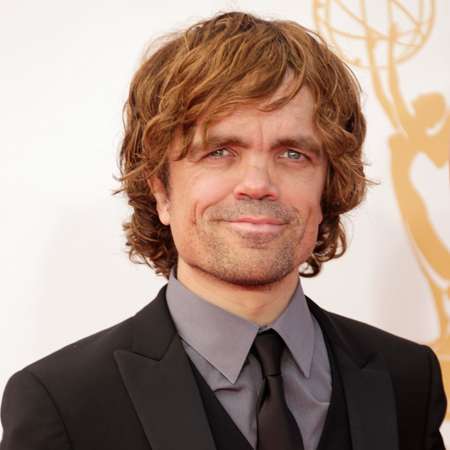 Multiple prestigious awards winning actor Peter Dinklage is a versatile personality grabbed huge attention for his portrayal as Tyrion Lannister in the HBO hit series, Game of Thrones. His other breathtaking performance is Underdog (2007), Penelope (2008), Death at a Funeral (2007)The Chronicles of Narnia: Prince Caspian (2008), X-Men: Days of Future Past (2014) and Three Billboards Outside Ebbing, Missouri (2017). His career received a substantial boost following his significant character in 2018's blockbuster movie Avengers: Infinity War.

Dinklage was born on 11 June 1969. Born in Morristown, New Jersy but was brought up at Mendham Township, New Jersey, US. He is a mixed ethnicity of German-English-Irish and an American nationality.

Dinklage was born to an elementary school music teacher, Diane Dinklage, and a retired insurance salesman, John Carl Dinklage (died 2004). He was born with a common form of dwarfism called achondroplasia.

Dinklage was educated at a Catholic boys school called Delbarton School in 1987, during this time he enrolled in the school's drama club and developed his interest in acting. He then joined Bennington College here, he appeared in a number of productions before he finally graduated in 1991.

Peter Dinklage began his career in acting in a theater play The Velveteen Rabbit, a fifth-grade production. He took the lead play and was praised by the audience for his performance for the show. Later, explaining the situation to People magazine, he said: "When you get your first solo bow, that feels pretty good."

Dinklage got his breakthrough role from the 2003 film The Station Agent. He has also appeared in a number of theater plays and films. From 2011, he began appearing in the globally hit HBO series Game of Thrones, portraying Tyrion Lannister for which he won two Emmy awards.

Dinklage made his first appearance in the film entitled Living in Oblivion in 1995, where he played a frustrated actor with dwarfism and complains about his platitude roles. He rose to fame in 2003, by appearing in The Station Agent, for which he was nominated for best actor in both  Screen Actors Guild and Independent Spirit Award.

Dinklage, then, made an appearance in the direct to-DVD film Tiptoes, the same year. Dinklage also starred in various Off-Broadway productions. He was starred as Miles Finch in the 2003 film Elf.

Dinklage also made an appearance as himself in HBO's series Entourage and also in NBC's 30 Rock.

Peter Dinklage appeared in the British comedy Death at a Funeral and delivered the same role in the American remake in 2010. The same year in 2007, he portrayed Simon Bar Sinister in Underdog. The following year he appeared as Trumpkin in the film The Chronicles of Narnia: Prince Caspian, where his role was not so well received by critics.

In the mid-2008, he played in Uncle Vanya, portraying the title, the play was directed by Erica Schmidt in Bard College, Upstate New York summer stage on the Annandale-on-Hudson campus.

In the year 2010, Dinklage along with Brendan Cowell and Peter Helliar acted in the Australian movie I Love You Too.

Peter Dinklage's performance as Tyrion Lannister in the HBO series Game of Thrones, was well received by audience and was critically praised, for which he received two Emmys award in the category of Outstanding Supporting Actor in a Drama Series (2011 and 2015) and one Golden Globe Award for Best Supporting Actor – Series, Miniseries or Television Film(2012).

His achievement has led him to extend his appearance in the show and was given top billing at the beginning of the second season. The series is based on the book A Song of Ice and Fire series by George R. R Martin.

During his appearance on The Late Show with David Letterman, he joked saying that he once tried to read the book and was confused, and added: “George Martin, our author, is probably going to kill my character soon because I mentioned that.”

Dinklage provided his voice in an animated movie Ice Age: Continental Drift, as captain Gutt in 2012. He starred in the 2014 comedy horror movie Knights of Badassdom and also appeared in X-Men: Days of Future Past, as Bolivar Trask. In the 2014's video game Destiny, he voiced Ghost, however, in August 2015, he was replaced by Nolan North.

Dinklage and Sacha Gervasi, who is a director and writer, spent several years writing and producing a movie based on actor Herve Villechaize's final days, who after the interviewing with Gervasi committed suicide in 1993.

Dinklage will take the lead role of the in My Dinner with Herve and will also be starring in Adam Shankman's direction of O Lucky Day. In 2015, he starred as Eddie Plant, a former arcade champion in the movie Pixels. In 2016, he lent his voice as The Mighty Eagle in The Angry Birds Movie.

In the year 2018, Dinklage was a cast in the Marvel Cinematic Universe movie Avengers: Infinity War and in the biopic film My Dinner With Herve.

Peter Dinklage's Net Worth, Salary, And Major Source Of Income

Some of his successful movies are listed below

Peter has a number of luxury cars which are listed below.

The Game of Thrones star Dinklage is also quite popular on Instagram with a decent fan following of 3.7 million as of 2019. And it is also the major part of his income as the actor can command in the between of $7.3 K to$12.27 K a sponsored post.

Peter Dinklage is a married man and is the husband of theatrical director Erica Schmidt. They say “Yes, I Do” to each other in 2005 and both shared a daughter, who was born in 2011. Reportedly, the two started dating a few years ago they exchanged the vows. Their child name is not revealed by any source but rumor exists that her name is Zelig, but Dinklage denied it on media reports.

The loving couple has been together for nearly one and a half decade and still sharing the wonderful married life together. Dinklage along with his family currently live in New Paltz, New York.

CAPTION: Actor Peter Dinklage along with his family SOURCE: celebspouse.com

Peter Dinklage is a lapsed Catholic and suggested that doubt rather than belief is in greater need today. Since he turned 16 Dinklage became vegetarian and supports Farm Sanctuary and also served Walk for Farm Animals as the spokesperson for the organization.

Peter Dinklage's Height And Other Facts