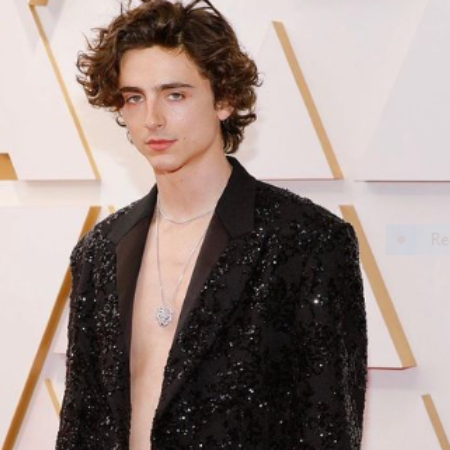 American actor, Timothee Chalamet who was the third-youngest nominee at the 90th Annual Academy Awards for Best Actor and the youngest one since 1939 is reigning over the industry.

Chalamet created a buzz in the industry for his critically acclaimed role as Elio Perlman in Luca Guadagnino-directed hit movie Call Me by Your Name and along with Lady Bird for which he was nominated for several prestigious awards including Academy Awards, BAFTA, Golden Globe, and Screen Actors Guild Awards.

Timothee Chalamet was born on 27th December 1995 as Timothee Hal Chalamet in Manhattan, New York City. His parents raised him with his sister, Pauline Chalamet, who is an actress, in Hell’s Kitchen, Manhattan.

His mother, Nicole Flender, was a real estate broker and actress, and his father, Marc Chalamet, was an editor for UNICEF. 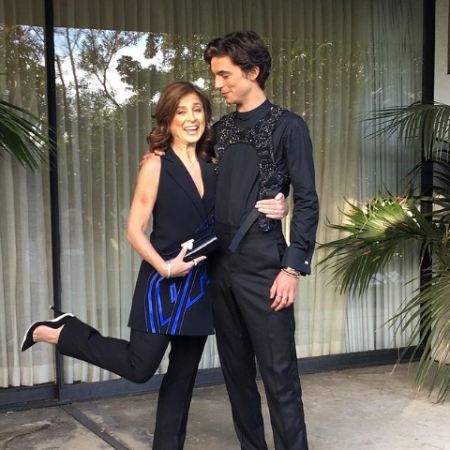 Chalamet is Capricorn and he is American by nationality. As far as his ethnicity is concerned, he is of mixed descent (Russian Jewish and Australian Jewish).

His entire family belongs to the film industry as his maternal Rodman Felder is a filmmaker and his aunt Amy Lippen is a TV producer. Harold Flender (later screenwriter) is his maternal grandfather.

In 2013, Chalamet graduated from Fiorello H. Guardian High School of Music & Art and Performing Arts. He then joined Columbia University after the advice of fellow Ivy League drop out, Claire Danes.

After a year at the University, he shifted to NYU Gallatin School of Individualized Study to learn and pursue his career in acting.

When Chalamet was young, he wanted to become a soccer player. He spent most of his summers in France when he was just a child .

He also coached young boys in France but later his future guided him to be an actor. At the initial phase of his career, Chalamet appeared in several commercials and acted in several theater plays.

Timothee Chalamet made his debut in 2008 with the short film, Sweet Tooth following Clown. In 2014, Chalamet worked in the comedy-drama film, Men, Women & Children starring Ansel Elgort, Adam Sandler, Jennifer Garner, and Kaitlyn Dever among others.

Chalamet then appeared in a number of hit movies, including Spinners, Interstellar, One and Two, Love the Coopers, Hot Summer Nights, and Hostiles among others. He, however, is popularly known for his role in the movies, Call Me by Your Name and Lady Bird.

Chalamet appeared in several commercials, short movies, and series before debuting on the big screen.  He began his career as a child artist and now as a young actor, he's miles to go in the industry.

Chalamet was in a relationship with Madonna’s daughter, Lourdes Leon during his teens. Following the split, he has not been spotted with any ladies so he might be possibly single in the present day.

In 2018, Chalamet acted the role of Nic Sheff in the movie, Beautiful Boy directed by Felix Van Groeningen. The same year, he was seen in the romantic comedy film, A Rainy Day in New York by Woody Allen starring Selena Gomez.

Chalamet made his TV debut in 2009 in the TV series, Law & Order. He shared the screens with A-list actors Sam Waterson, S. Epatha Merkerson, Jerry Orbach, and Steven Hill among others. He then worked in several TV series, including Royal Pains, Homeland, and Trooper among others.

Chalamet, the popular American actor received various awards and nominations mostly for the movies, Lady Bird and Call Me By Your Name along with TV series and theater performances. Some of the awards he won are listed below:

Chalamet, the rising star rose to fame at a very early age. The actor with such fame has an estimated net worth of $10 million, according to Celebrity Net Worth. He has a black luxurious Audi car. 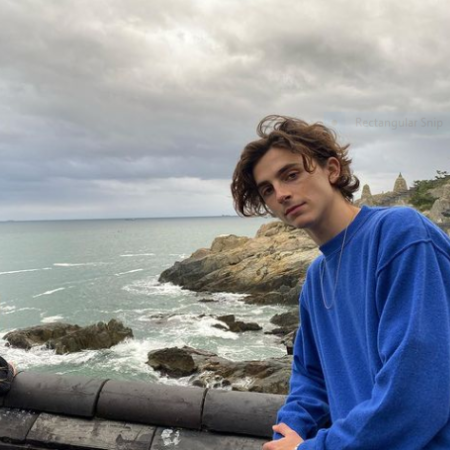 He has not disclosed his exact salary but an actor in the United States reportedly earns around $50,495, and accordingly the fame, ranges anywhere between $46,036 and $68,208.

Chalamet gave some hit movies that made an impressive collection at the box office.
Some of his hit movies are-

Chalamet along with the cast members of A Rainy Day in New York announced to donate their salary from their movie, A Rainy Day, to the Time's Up charity after the revelation of the sexual allegation against Woody Allen.

Additionally, Chalamet donated $1,000 to the LGBT community live on the Golden Globes Red Carpet in January 2019. Being a Starkid he might have spent his early life in a luxurious environment. Similarly, the actor seems to reside with his family in New York currently. The average home price in New York City is $850 thousand.

Chalamet, the youth sensation, is yet to be married. He previously dated Madonna’s daughter, Lourdes Leon. They dated during their teen years in 2013 when both were studying at Fiorello H. LaGuardia High School of Music & Art and Performing Arts in New York City.

The couple later broke up for some unrevealed reasons. After the separation, he has not been spotted with any ladies and has not introduced anyone as his girlfriend.

So, the new crush of the town is currently single. Besides, the actor was rumored to date actress, Eliza Gonzalez in 2020.

Similarly, he is rumored to date actress, Zendaya, however, there is no confirmation regarding his current love life. Chalamet is a good friend of the pop star, Selena Gomez.

Are Timothy and Lilly Still Together?

According to a report by Us Weekly on April 25, Timothée Chalamet and Lily-Rose Depp the daughter of Johnny Depp have broken up after over a year of dating (and kissing on boats).

Chalamet was reportedly referred to as single in the May issue of British Vogue. He is not currently dating anyone.

Visit the article bio.com for more.