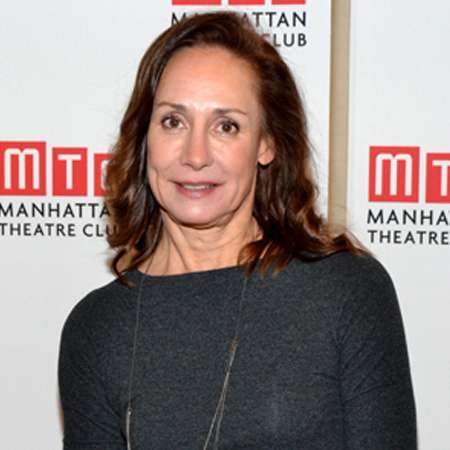 Best known for her act as Jack Harris on Roseanne, Laura Elizabeth Metcalf, Laurie Metcalf, was born on June 16, 1955, in Carbondale, Illinois, U.S. Her mother is Libby Metcalf, a librarian, and her father James Metcalf, is a budget director.

She is the eldest daughter of her brother James Metcalf and sister Linda Metcalf. Laurie Metcalf grew up in Edwardsville, Illinois. She is a mix-ethnicity of English, German, Scottish, and Irish. She had series of roles in several movies and tv shows including Desperate Housewives as Carolyn Bigsby and as Mary Cooper in Big Bang Theory.

She had voiced in the motion picture 'Toys Story' film series as Mrs. Davis. She also had roles in many films including Making Mr. Right, JFK, and Mistress. Metcalf regularly works in Chicago theater, here, she is known for her plays for Balm in Gilead of 1983. She had also done a commercial for Plan USA, which is a humanitarian organization trying to help children in necessity around the globe.

Metcalf studied at Illinois State University and achieved her Bachelor of Arts degree in Theater in the year 1977. In her stay at ISU, she came in contact with her fellow talented theater students, John Malkovich, Glenne Headly, Joan Allen, Terry Kinney, and Jeff Perry. Metcalf kick starts her professional career at Steppenwolf, as a charter member.

She then went New York to appear in a Steppenwolf production of 'Balm in Gilead' (1983), for which she was awarded the 1984 Obie Award for Best Actress and a Theatre World Award (1984-1985 ). Metcalf was praised for her amazing performance as "Darlene", and was singled out for her tour de force twenty-minute Act Two monolog.

Thenceforth, Metcalf shifted to Manhattan and started working in both film and theater. By the end of June 2009, Metcalf starred in Justin Tanner's play with French Stewart , 'Voice Lessons' directed by David Cromer.
In September 2010, Metcalf came back to Steppenwolf and starred in Lisa D'Amour's play, Detroit. She then began working on an Off-Broadway play, The Other Place by Sharr White in 2011. In 2012, Metcalf worked with British actor David Suchet in a British stage production of Eugene O'Neill's Long Day's Journey into Night. She performed in 'The Other Place' again in 2013 and was nominated for Tony award. She starred with her real-life daughter, Zoe Perry.

In October 2013, Metcalf performed with Jeff Goldblum in Domesticated. She was then cast in the role of Annie Wilkes in the Broadway production of Stephen King's Misery, opposite Bruce Willis. The play debut on Sunday, November 15, 2015. It received various comments from critics, however, Metcalf's performance was cheered by everyone.

She also appeared on several tv shows including 'Saturday Night Live'. She was nominated and won the Emmy Award for Outstanding Guest Actress in comedy series category for 'Desperate Housewives'. She also was nominated for Satellite Award. During 2013-2015, Metcalf also starred in the HBO's 'Getting on'.

Moving on to her personal life, Metcalf married to Jeff Perry in the year 1983. Perry was one of the founder members of Steppenwolf Theater Company. In 1984, a year after their married they had a beautiful daughter, Zoe, but in 1992 the couple divorced.

Metcalf later had an affair with Math Roth. They even had a son in November 1993 and finally got married. Math Roth and Metcalf also worked together occasionally in a thriller film 'Blink' and 'Chicago Cab.' They also appeared in an episode of Desperate Housewives. In 2005 they had a daughter Mae Akins and in 2006 they welcome their second son, Donova which they permanently adopted at the age of six. On November 26, 2008, the then happy duo separated. Roth filed for divorce in September 2011, alleging irreconcilable differences. The divorce was however finalized in May 2014.

Metcalf fancy doing yoga before she performs and practices her lines out loud before a show begins. She also loves playing Bananagrams and she likes to be make-up free. She has claimed herself as a workaholic and that she is hard on herself during rehearsals. “I prefer theater to any acting medium as it is where I feel most comfortable,“ said Metcalf.

Her height is 5 feet 7 inches. Her weight is about 54 kilogram (119 lbs). Her eye color is blue and her natural hair color is light brown. Her body measurement is 34-27-32 (Bust-waist-Hip). Metcalf star sign is Gemini. This hard working actress has a net worth of $8 million dollars with a large amount of salary.

One can read her bio on several websites including IMDb, Wikipedia, and so on