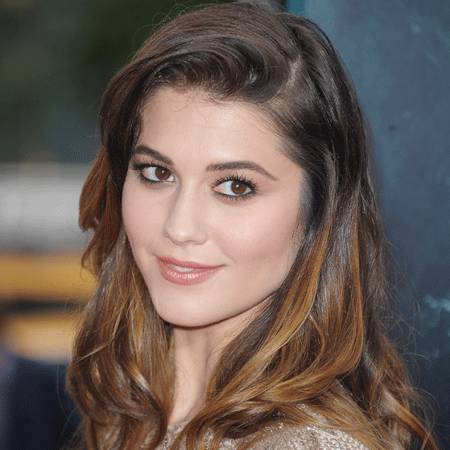 Mary Elizabeth Winstead is an American actress and singer best known for playing the role of Jessica Bennett on NBC soap opera Pa s sions. Her other notable roles are in TV series Tru Calling (2004) and the superhero comedy film, Sky High (2005).

She was the youngest of five children. She has three older sisters and an older brother. She is of American nationality and belongs to white ethnicity.

Mary Winstead had already started to receive training for a ballet dancer since her early childhood in a Joffrey Ballet summer program. The program was conducted in Chicago, Illinois after she moved there with her parents.

She had to abandon ballet due to her height which she realized at the age of thirteen. She attended her schooling in Peruvian Park Elementary School.

Mary Elizabeth Winstead turned into acting after realizing that her dancing career was unlikely. She was only a teenager when she did so. Her first major role was in the NBC soap opera Pa s sions as Jessica Bennett from 1999 to 2000.

She also played a supporting role Monster Island (2004). She had to reject the offer for the role in the film A Cinderella Story because she was going on a cruise with her friends after her graduation from the school.

In 2006, Mary Winstead starred in the horror movie Final Destination 3 for which she is still popular. The film was a commercial hit. She also acted in films like Black Christmas, 10 Cloverfield Lane, and Death Proof.

Mary Winstead had expressed her interest in singing too but didn't really want to pursue her career as a singer. She has sung a song as a cappella cover of The Shirelles' hit recording 'Baby It's You' in her film Death Proof.

Also, she co-wrote a song named 'Warmth of Him' along with music producer Thai Long Ly. The song was rumored to be her prerelease single but she later cleared the fact that she had no plans regarding the release of any musical albums.

Riley and Mary, who have worked together in Riley's 2014 debut feature film Faults together, tied the knot in 2010. Unfortunately, after seven years of marriage, the pair called it quits and got a divorce in 2017.

In the same year of her divorce from Riley Stearns, Mary Elizabeth Winstead started dating a Scottish actor, Ewan McGregor.

In March 2020, the couple was spotted sharing a kiss while strolling around New Your City with their dog.

McGregor has four daughters, with her ex-wife Eve Mavrakis from who he filed for divorce just three days before starting dating Winstead.

Mary Elizabeth Winstead is a beautiful actress and singer. She stands tall with a height of 5 feet and 8 inches.

Her net worth is estimated to be $2 million with a yearly salary of about $235294. She was chosen as one of the 20 young, talented and really happening right now by the Empire magazine in 2009. Also , she was named as Hottest Girls of Comic-Con 2010.

The bio of well-known actress and singer Mary Elizabeth Winstead can also be found on Wikipedia, IMDb, Twitter, and much more.