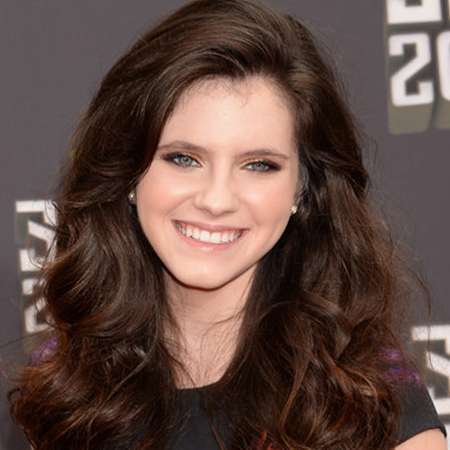 Kara Hayward is a young American actress born on November 17, 1998, in Andover, Massachusetts. She was raised in the same place and is currently also residing there. Her father’s name is John Hayward and her mother’s name is Karen Hayward. She also has a younger sibling. At the age of 9, she joined Mensa International, a non-profit organization open to people.

Kara Hayward discovered her passion for acting when acted in her first play during summer camp. At the age of twelve, she went on her first audition to an open casting call for the Moonrise Kingdom and was chosen for the role of Suzy Bishop. The Moonrise Kingdom was also her feature debut. On May 22, 2012, USA Today ran a feature on Hayward and her Moonrise Kingdom co-star Jared Gilman. The film earned her a 2013 Young Artist Award nomination for Best Performance in a Feature Film - Leading Young Actress. Kara was born on November 17, 1998.

Kara Hayward again made a memorable appearance in ‘The Sisterhood of Night’ in 2015. She got the role of Emily Parris, one of the four protagonists of the movie. The movie is based on a novel of the same name by Steven Millhauser. In the same year, she got the role of Jamie in ‘Fan Girl’, an independent teen comedy film and ‘Quitters’, an indie drama.

Kara Hayward, in 2016, starred in ‘Manchester by the Sea’, an American drama film written and directed by Kenneth Lonergan. She played the role of a little girl named Silvie.  In 2012, she was awarded Best Youth Performance in a Lead or Supporting Role – Female for the Moonrise Kingdom.Then in 2013, she was awarded COFCA Award for the same movie.

Kara Hayward enjoys reading, dancing, and writing, including poetry. Her artwork and poems have been published locally as well as in books such as Inspired and A Celebration of Poetry. One of her favorite books is Bram Stoker's "Dracula" and her favorite movies other than Moonrise Kingdom include ‘The Artist’ and ‘My Week with Marilyn’. More information can be found in her bio.

As for some interesting facts about Kara Hayward, she got to keep the kitten she carried around in Moonrise Kingdom. She named him Gino. While filming for Moonrise Kingdom, Wes Anderson had her watch a film called ‘Melody’. She turned 14 years old while filming Sisterhood of Night. The cast threw her a surprise birthday party. Regarding her body measurements, Kara is 5’1” tall and her wight is 110.2 lbs. Her net worth and salary are not made available by her.