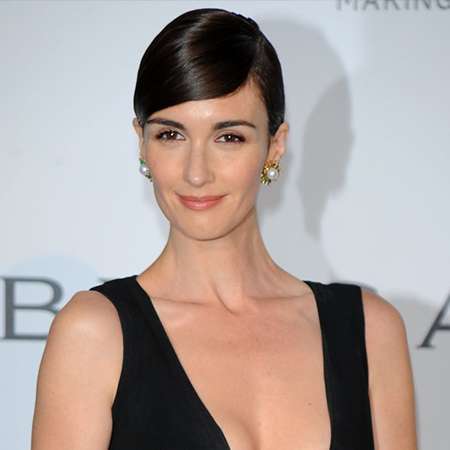 Maria Paz Camps Trigo, better known as Paz Vega, a popular Spanish actress. She has appeared in several Spanish movies and TV shows like Triage, The Spirit, Burning Palms and Angel of Evil.  She is an award-winning actress who has won numerous awards in various categories. She is most notable for her award-winning performances in Sex and Lucia, Spanglish (opposite Adam Sandler), Solo mia and Carmen.

Paz Vega was born on 2 January 1976, in Seville, Andalusia, Spain. At the age of 15, she aimed to be an actress. She was born to a housewife mother, Paz Trigo, and a bullfighter father, Manuel Campos.

At the age of 16, after completing school, she was accepted at a good stage school for journalism study.

Paz Vega started her acting career from 1997. She debuted in a Spanish television series called Menudo es mi padre. In 1997, she worked in two other television series named Mas que amigos and teen drama Compañeros. After two years she appeared in silver screen for the first time.

During the same year, she also did minor roles in a few movies such as I will survive. Finally,  she got success in 1999’s superhit movie the 7 Vidas.

In 2001, her movie Sex and Lucia brought the attention of thousands of people in Spain and other parts of the world. In 2006, she worked with Morgan Freeman in the movie 10 Items or Less.

Similarly, in 2008, she featured alongside Gabriel Macht, Samuel L. Jackson, and Scarlett Johansson in The Spirit. In 2011, she did a movie in Italian named Vallanzasca- The Angels of Evil. She currently filming The Art of Living alongside Edward James Olmos and  Efren Ramirez in the mainstream role.

Paz Vega's current net worth is $10 million. Vega receives a huge amount of money from her television series and movies. She purchased a three-bedroom house situated in West Hollywood, California in 2008, worth $1.9 million.

Paz Vega’s full name is Paz Campos Trigo is a married woman. She got married to Orson Salazar in 2002. The couple has three children together.

They welcomed their first child Orson Salazar on 2nd May 2007 named Orson. She gave birth to her second baby girl on 17th July 2009 and her third child son Lenon was born on 13th August 2010.

Vega and her husband Salazar has been happily without any divorce rumors, since 2002.