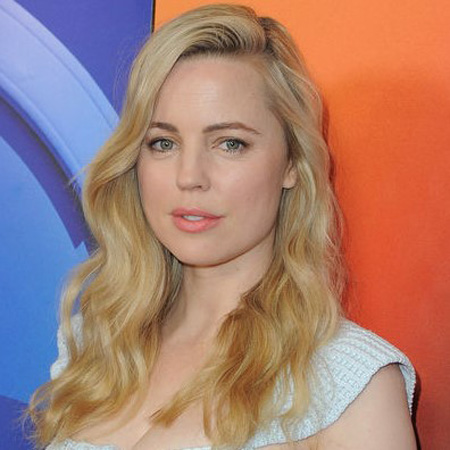 Melissa George is an Australian-American actress, former national rollerskating champion, and model. Debuted her acting career in a soap opera named Home and Away, she emerged as a professional actress appearing in several movies and TV series. She has won several awards in her career.

Melissa George was born on 6th August 1976, in Perth, Western Australia. She is the daughter of Glenn George, a construction worker and Pamela, a nurse. George is the second among her three siblings. She is of Caucasian ethnicity and holds an Australian nationality.

George is an Australian national roller skating champion. She achieved bronze medals in the National Championships in 1989 and 1990. Also, she received a silver medal at the Junior World Championship in 1991.

George started modeling in her early teenage days, in 1992. She was named Western Australia's Teenage Model of the Year. At the age of sixteen, she and her friend, Cara Mitchinson, both portrayed in a mock episode of the famous Australian space Home and Away with a video camera, Sophie Simpson, and Bobby.

George made her first on-screen appearance on 30th March 1993, portraying as a teenage runaway. While portraying the role, she made property investments and wrote advice columns for two English teen magazines.

On 30 August 1996, George was departed from Home and Away. She then created health and fitness video titled Mind, Body, and Soul. She also made her appearance on the cover and in a personal photo for the March 1997 issue of Australian Playboy. She then moved to Los Angeles to enter in Hollywood.

George portrayed in several unaired TV pilots, including the lead role in Lost in Oz, a sequel to The Wizard of Oz. She was cast in the short-lived ABC drama-comedy Thieves, with co-star John Stamos.

George starred in the sixth season premiere of the WB series Charmed. She also played a minor role opposite Ewan McGregor and Renee Zellweger in the 2003 romantic comedy titled Down with Love.

George was originally featured as Susan Freeman in an American series, Coupling based on the British series of the same name.

George was filmed and cast the pilot after she gave an audition from hell. But, the network (NBC) fired the writer and kept George and her cast members Rena Sofer, Emily Rutherfurd, Breckling Meyer, Sonya Walger, and Colin Ferguson as a replacement.

In the year 2003, George landed the role of Lauren Reed on the ABC television series Alias. Melissa had auditioned to play lead character Sydney Bristow, but she lost out to Jeniffer Garner.

In March 2006, NBC announced that George has been cast in the comedy series, Lipstick Jungle. She portrayed as Nico Reilly, the editor-in-chief of Bonfire Magazine. She was cast alongside Matthew Morrison, Gina Gershon, Will Toale, Scott Cohen, Christopher Weihl and Edward Hermann.

In 2006, Melissa went to Brazil to shoot the horror-thriller movie Turistas, with Olivia Wilde and Josh Duhamel. Shooting went on for three months on what was the first Hollywood movie to be shot entirely on location in Brazil and George, who learned to speak Portuguese and Spanish for the role.

In the year 2007, George portrayed the role, Christine, in the drama titled Music Within. The movie had a limited release, as she said in an interview, 'knew that Christine's a true character, and the woman responsible for Richard Pimentel's sort of success in a way.

Melissa George also featured in the British horror thriller WΔZ. She also had a prominent appearance in the movie adaptation of 30 Days of Night. The movie had a great success with more than $ 75 million worldwide gross.

George returned to television world in the year 2008, in the HBO drama series 'In TReatment, along with his co-stars Dianne West and Gabriel Byrne.

On 9th November 2010, Fox announced that Melissa will make her guest appearance in two episodes of Lie to Me portraying as Clara Musso.  Later in 2012, George made her appearance as Rosie in the Australian television series The Slap and as Sam Hunter in the British television series titled Hunted.

George, 41, is currently single. She became a naturalized American citizen in 2008. She is the cousin of Taryn Fiebig, an opera singer.

George was married to Claudio Dabed, a Chilean furniture designer, and film director. She first met her ex-husband, Claudio in Bali in 1998. The couple tied their knot after two years of their relationship. They made an announcement of their divorce in 2011.

George started dating hip-hop mogul, Russel Simmons. The pair stayed in a relationship for a short time. Later, she dated Jean David Blanc, a French entrepreneur, whom she met at the BAFTA after-party in 2011.

Geroge has two sons namely Solal (born in 2015), and Raphael( born in 2014) together with Jean. However, George split from Jean in September 2016 alleging domestic abuse.

Melissa George earns a decent amount of money from her acting career as she has made her appearance in several movies and television series which adds up to her total net worth that is estimated to be $5 million.