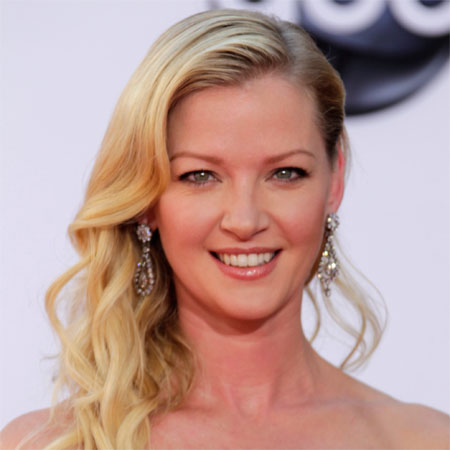 Very beautiful and talented, Gretchen Mol is an actress and former model. She is best recognized for her role in the movie named The Thirteen Floor. She serves as the national spokesperson for the PMD Foundation, United States.

She has been married to Kip Williams, director, producer, and screenwriter since 2004. The couple shares two children.

Mol was born on November 8, 1972, in Deep River, Connecticut, USA. She holds an American nationality and belongs to the White-American ethnicity.

Mol’s mother Janet is a teacher and an artist while her father is a school teacher at RHAM. She has a brother Jim Mol who is an editor and director in the film industry. Gretchen went to The American Musical and Dramatic Academy.

Mol graduated from the William Esper Studio. She was noticed by a talent agent while working at Michael’s restaurant in New York as a hat check girl. Gretchen began her acting career in Vermont in Summer Stock theatre.

Mol played theatres like Godspell and 110 In the Shade. In the year 2001, she played in Neil LaBute’s The Shape of Things on stage in both London and New York. She was reviewed positively by critic Ben Brantley. She spent the year 2004 singing and dancing in the Broadway production of Chicago as Roxie.

In 1994, photographer Davis Powell clicked her in New York’s Central Park to make her a portfolio look professional, unlike her previous unrepresentative one. The portfolio helped her be on the cover of W magazine and explored her as more of a bold personality. Gretchen’s first film was Girl 6, Spike Lee’s 1996 film.

Mol did two movies with Abel Ferrara, The Funeral in 1996 and New Rose Hotel in 1998. She did a small role in Donnie Brasco in 1998 and another movie Music from another Room in the same year opposite Jude Law. That year she did other remarkable movies like Celebrity opposite to Leonardo Dicaprio and Rounders starring Matt Damon and Woody Allen.

Vanity Fair had her as a cover girl in 1998 and dubbed as “It Girl of the Nineties”. In 1999 she played a small role opposite Woody Allen in Sweet and Lowdown and despite being small her role was called “notable” by the Greenwich Village Gazette.

Mol's other films include The Thirteenth Floor, Heavy-Put-Away, Puccini for Beginners, The Notorious Bettie Page, An American Affair, Tenure etc. She also did a commercial for an international soft drink brand Coca-Cola.

Her other television work includes a small role as Maggie Tilton in the miniseries Dead Man’s Walk, Spin City, Girls Club, The Valley of Light, Calm at Sunset, The Memory Keeper’s Daughter, Life on Mars and  Boardwalk Empire.

Gretchen Mol's net worth is $8 million at present. Mol won Screen Actors Guild Award for Outstanding Performance by an Ensemble in a Drama Series for Boardwalk Empire in 2011 and 2012. She has earned a huge amount of salary from her work.