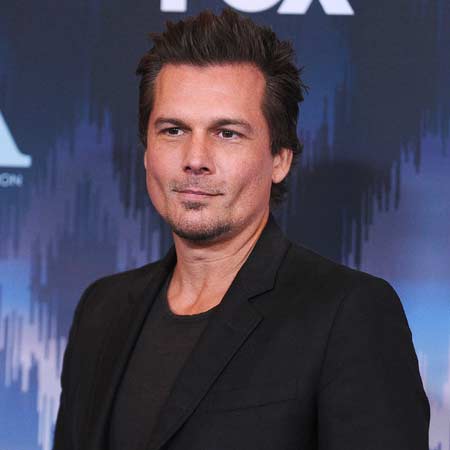 American film director, screenwriter, as well as a producer, Len Wiseman is known for his work on the Underworld (2003), and its sequels Underworld: Evolution (2006), Underworld: Rise of the Lycans (2009), Underworld: Awakening (2012), and Underworld: Blood Wars (2016). He also directed and produced other hit series including Hawaii Five-0 (2010) and Max Steel (2013). Wiseman earned MTV Video Music Awards 2002 nomination for Best Art Direction for Quarashi's "Stick 'Em Up". He also was nominated for Music Video Production Association (MVPA) Awards in the category of Best Director for Rufus Wainwright's "Across the Universe".

As of 2018, Wiseman is possibly single, previously, he was married to the kindergarten teacher, Dana, and British actress, Kate Beckinsale.

Len Wiseman was born Len Ryan Wiseman on 4th March 1973 in Fremont, California, U.S. He is the son of Loren Wiseman and Janice Wiseman.

Len Wiseman began his acting career, appearing in 1991 short film, One Against the Wind. He then worked as a property a s sistant on a numerous Roland Emmerich's films: Stargate (1994); Independence Day(1996); and Godzilla (1998).

Wiseman created an advertisement for Sony and directed the music videos for artists like Megadeth, En Vogue and, Static-X. He earned MTV Video Music Awards 2002 nomination for Best Art Direction for Quarashi's "Stick 'Em Up".

Wiseman was also nominated for Music Video Production Association (MVPA) Awards in the category of Best Director for Rufus Wainwright's "Across the Universe".

In 2003, Wiseman co-created and directed the action horror film, Underworld. The movie was box office hit and also gained a cult following, however, the critics gave the movie negative reviews.

Wiseman then directed the 2006 sequel Underworld: Evolution and produced more sequels of the movie including Underworld: Rise of the Lycans (2009), Underworld: Awakening (2012), and Underworld: Blood Wars (2016).

Moreover, Wiseman directed the fourth installment of the 2007 American action film, Live Free or Die Hard, which earned a positive review from the critics and also did well at the box-office. He has also directed the 2010 American action police procedural television series, Hawaii Five-0.

Len Wiseman's net worth is $20 million at present. As a director as well as a producer, Len Wiseman has made a good amount of salary from his career. As per some online sources, the average salary of an American director is $92,220 per year.

As a director/producer, he directed commercials and music videos for such artists as Megadeth and En Vogue. He received an MTV Video Music Award nomination for Best Art Direction for his video for "Stick 'Em Up" by Quarashi.

Wiseman made several movies, some of them are given below with their box-office collection;

Wiseman is also an author of books, Bloody Enemy Underworld (2003, and Underworld Evolution (2005).

Len Wiseman is possibly single at the present. Previously, he married twice. Wiseman’s first married a kindergarten teacher named Dana and got divorced in 2002.

Wiseman then tied the knot with British actress, Kate Beckinsale on 9 May 2004 in Bel-Air, California. They first met on the set of the movie Underworld back in 2003 and got engaged in the same year.

Wiseman and Beckinsale separated from their respective partners and got married. However, after being together for more than 11 years, it was announced that they were separating on November 20, 2015. They filed for divorce in 2016.

Below, we present the interview with executive producer Len Wiseman.