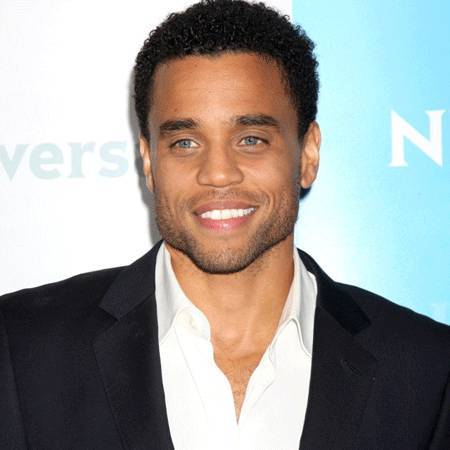 The blue-eyed American Actor Michael Brown alias Michael Ealy is best known for being a bandit in the 2002 movie, Barbershop. Ealy has starred in a number of successful movies including, Barbershop 2: Back in Business, 2 Fast 2 Furious, Seven Pounds, Their Eyes Were Watching God, For Colored Girls, Think Like a Man, etc.

In addition to films, the actor has also appeared in many TV series but he is eminent for his role as Dorian in the sci-fi police drama series Almost Human. He also won several accolades Black Reel Award and an African-American Film Critics Association Award for his exceptional acting skills. Michael has played sophisticated characters with much ease in his acting career.

Michael Brown was born on August 3, 1973, in Washington, D.C, United States. She was raised in Silver Spring, Maryland. Michael is of American Nationality although having an African American ethnicity.

Ealy Attended Springbrook High School and completed his graduation from there. Following his graduation, he joined the University of Maryland in College Park, Maryland. Ealy’s mother was an IBM worker while his father was in a grocery business.

Michael Ealy began his acting career by appearing in numerous off-Broadway stage productions in the late 1990s. He made his big-screen debut appearing in the action-comedy movie Bad Company. Then he appeared in his second movie, Kissing Jessica Stein. Ealy’s third movie Barbershop proved to be his breakthrough in cinema.

Michael Ealy appeared as a street thug named Ricky Nash and then reprised his role in Barbershop 2: Back in Business. In 2003, Ealy starred as Slap Jack in the movie, 2 Fast 2 Furious. He was cast alongside famous celebrities like Paul Walker, Tyrese Gibson, Eva Mendes, and Devon Aoki.

In 2004, Ealy appeared in a number of films including November, Barbershop 2, and Never Die Alone.

In 2005, Michael Ealy appeared in the music video of Mariah Carey’s “Get Your Number”. The year seemed very dynamic for Ealy as he bagged a role in the Television film version of Their Eyes Were Watching God produced by Oprah Winfrey and Quincy Jones. For his acting, Ealy received a Black Reel Award for Best Actor. Ealy also appeared in the independent film, Jellysmoke.

Michael Ealy also got a role in the television series Sleeper Cell from 2005 to 2006. In 2007, Ealy has nominated for a Golden Globe Award: Performance by an Actor in a Miniseries or Motion Picture Made for Television for his acting in Sleeper Cell. In 2008, Michael appeared in movies like “Miracle at St. Anna” and also “Seven Pounds”.

Michael Ealy then starred as himself in the film and the TV adaptation “The People Speak”. In the same year, Ealy was given a role as Marshall Vogel in the television series FlashForward.

In 2009, Michael Ealy started playing the love interest of Beyonce Knowles in Beyonce’s music video “Halo”. In 2010, Ealy starred in Takers and hit movie “For Colored Girls”. In the same year, Ealy bagged an African-American Film Critics Association Award: Best Supporting Actor for his role in For Colored Girls. In the same year, he starred as Derrick Bond in the television series “The Good Wife”.

In 2011, Michael Ealy bagged a nomination for NAACP Image Awards: Image Award Outstanding Supporting Actor in a Motion Picture for his outstanding role in “For Colored Girls”. Ealy comes into view as character Ben in the TV series, Californication in the same year. In 2012, Michael played the role of character Detective Sebastian in the movie, Underworld: Awakening and the character Dominic in “Think Like a Man”.

In the same year, Michael Ealy was nominated for a Teen Choice Award: Choice Movie Actor Romance for his acting in Think Like a Man. Ealy also appeared as character Travis Marks in the TV series Common Law. In 2012 Ealy also acted as a love interest of females in John Legend’s “Tonight”.

Then in 2013, Michael Ealy signed with Fox TV series named Almost Human to play an older DRN android model “Dorian”. Almost Human is a sci-fi series about a human (Karl Urban as Detective John Kennex, and an android partner-cop (Ealy as Dorian) team. The team of two eventually solves futuristic crimes. In 2014 Ealy was seen in movies like About Last Night and Think Like a Man Too.

Michael Ealy married his longtime beautiful girlfriend, Khatira Rafiqzada in October 2012. The wedding ceremony was held in Los Angeles. The wonderful couple has been together since 2008.

In February 2014, Ealy announced that he was going to be a parent of a baby boy with his wife Rafiqzada. The couple named their daughter Elijah Rakim.

The couple welcomed their second child, a daughter in 2016.

Michael Brown's Net Worth And Salary

Michael has earned a huge amount of money from his successful acting career. He has maintained an incredible net worth of $3 million. The actor made his acting debut appearing in a 2012 box office hit movie Barbershop which became successful to make a box office collection of $77,063,924.

Michael is active on social networking sites such as Instagram and Twitter. His fan followers can get recent updates about her activities. 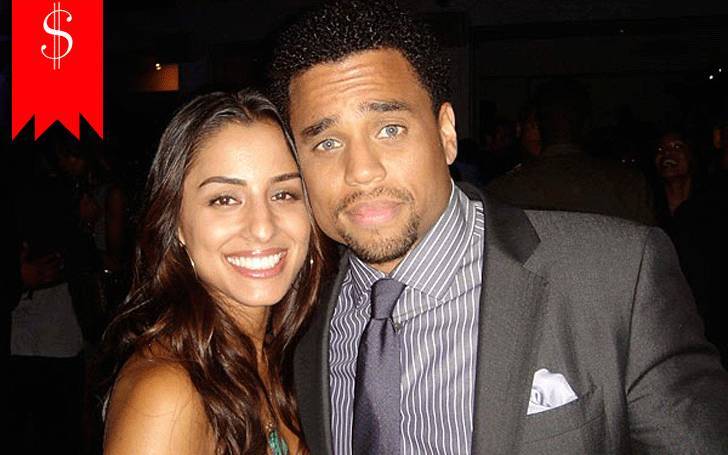 Actor Michael Ealy is happily married to actress Khatira Rafiqzada for 4 years. How much they earn?