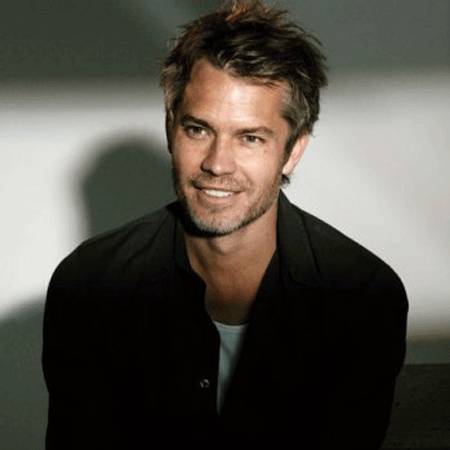 Award-winning American actor and producer Timothy Olyphant is noticed mostly for his major roles in Scream 2 (1997), A Man Apart (2003) and The Girl Next Door (2004). He often gets the role of a villain which also earned him huge fame. Olyphant has a nickname called “Olyphantastic”.

Timothy Olyphant was born on May 20, 1968, in Honolulu, Hawaii to parents J.V Bevan Olyphant and Katherine Gideon. His father was a vice president at Gallo Winery. He has two siblings. His parents got divorced when he was a teenager. Timothy Olyphant is a descendant of Vanderbilt family of New York.

Timothy Olyphant used to enjoy art and drawing and swam throughout his childhood. He attended Fred C. Beyer High School and went to the University of California. He is a graduate with a degree in fine arts in the year 1990.

Olyphant thought to pursue his career in commercial art. Olyphant also worked as a swimming coach at Irvine Novaquatics. While on the process to apply for a master’s degree in fine arts, he decided to move to NY to find more career options.

After moving to NY, Timothy Olyphant initially performed the stand-up comedy later joining a two-year acting program at NY William Esper Studio. After completing, he began to audition for roles. He got his first acting role in 1995 as Tim Hapgood in the theater play named The Monogamist. Afterward, he started to get several roles in television and movies. He still plays in a theater but he spends most of his time in television and movie industry.

Besides his career as an actor, Timothy Olyphant has also worked as a sports reporter for a morning show on LA Indie 103.1. He is also a keen tennis player who participated in many pro-celebrity tournaments. He was a competitive swimmer and has won several championships when he was young. He was a U.S National Finalist in swimming at the University of California.

Timothy Olyphant has won several of the prestigious awards like Screen Actors Guild Awards, Young Hollywood Award, Critics’ Choice Television Awards, etc and has been nominated for several other prestigious awards. This has been possible only because of his dedication and hard work in this field.

Timothy Olyphant's Net Worth, Salary, And Major Source Of Income

Timothy Olyphant is a very talented actor. He is paid a good amount of salary for his work and also has a high net worth which really proves his proficiency. According to celebrity net worth, his estimated net worth is around $20 million, in 2019.

Timothy Olyphant is married to his childhood sweetheart Alexis Knief at the age of 22 in 1991. Since he got married at an early age, it can be said that she was his first love and he was not romantically linked with any other girls.

The couple is blessed with three adorable children, two daughters, and a son. The actor and his wife Knief welcomed their first child, a daughter Grace Katherine born in 1999. The loving has also two other children Henry born in 2001 and the youngest Vivian born in 2003.

Timothy Olyphant is very honest to his wife, therefore, they have been spending a successful marriage to date with no rumors of divorce.