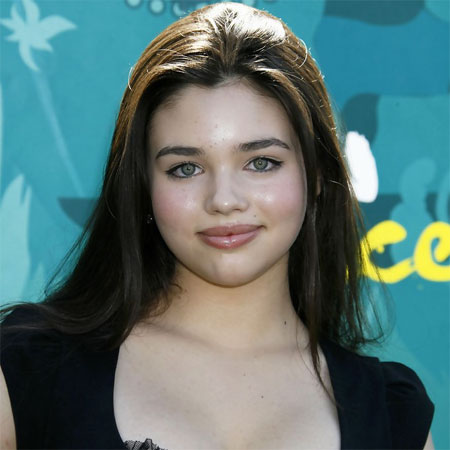 India Eisley is a British-American actress, known for her portrayal of Ashley Juergenson in the American teen drama television series, The Secret Life of the American Teenager. Moreover, she is well-known for her roles in the movie Underworld: Awakening, Sawa, Kite, and My Sweet Audrina.

India Eisley was born as India Joy Eisley on 29th October 1993, in Los Angeles, California under the birth sign Scorpio. She belongs to White-American ethnicity and holds American nationality.

India Eisley made her acting debut with 2003 biographical television film, Mother Teresa of Calcutta as an English Girl. At the age of twelve, she starred in the movie, Headspace along with her mother in 2005.

After appearing in small roles in many independent movies, Eisley gained her major role in the American teen drama television series, The Secret Life of the American Teenager as Ashley Juergens alongside Shailene Woodley,  and Kenny Baumann among others.

Eisley starred in the 2014 South African action movie, Kite as Sawa, the movie also starred Samuel L. Jackson. At the end of 2014, she appeared in the British romantic drama, Social Suicide, a modern retelling of Romeo & Juliet, it released in late 2015.

At the beginning of 2015, Eisley also appeared in 2016 American fantasy horror film, The Curse of Sleeping Beauty as Briar Rose. She was also roped in the movie, adaptation of the VC Andrews’ book, My Sweet Audrina, in the title role of Audrina.

The Underworld: Awakening actress, India Eisley, has appeared in a number of movies and television series. She earns a good amount of salary from her acting career. According to Celebrity Net Worth, she has an estimated net worth of $2 million.

Eisley’s famous series, The Secret Life of the American Teenager,  averaged 3 million viewers per episode and has an IMDb rating of 5 out of 10. Her movie, Underworld: Awakening movie was budgeted at $70 million, and grossed a total box office collection of $160.1 million.

The Secret Life of the American Teenager actress, India Eisley, is unmarried. The talented and young actress, Eisley has a hand full of work. She is hardworking and ambitious which might be the reason for giving first priority to her works rather than involving in any serious relationships with her boyfriend. As of 2018, Istrefi might be possibly single. There are no confirmed reports of her being in any affair publicly.

Once there was a rumor of her link-ups with her co-star of My Sweet Audrina, William Moseley. However, she confirmed the media that the two are just good friends. Besides, India Eisley is an animal lover.

Check out the interview with India Eisley: