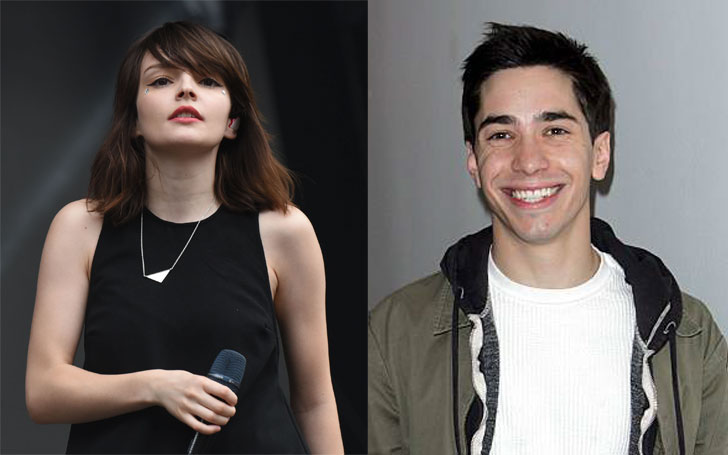 Scottish synth-pop band Chvrches who has already won millions of hearts with their musical performance is also all set to impress their fans with a new Archie comic book series, The Archies.

That is not all that's noteworthy about the band, the frontwoman of Chvrches, Lauren Mayberry, is in the news these days for dating the Hollywood actor Justin Long.

Lauren Mayberry and Justin Long started dating back in 2016. According to The Sun, the twenty-nine years old frontwoman of Chvrches and her actor beau secretly dated for several months before coming out as a couple. The lovebirds reside together in New York these days.

Justin Long and Lauren Mayberry's relationship is, as per reports, only getting stronger. A source close to the couple talked to The Sun:

Justin and Lauren have been seeing each other for months but things are getting serious. He has introduced her to some of his family.

Justin’s a Chvrches fanboy too. He loves following Lauren on tour and wears the band’s tees.

Justin Long and Lauren Mayberry are together since  2016 - they also frequently make public appearances together. The couple attended the Tribeca Film Festival on April 22, 2017, in New York City.

Above all other things, the pair bonds through social work. Recently, Long and Mayberry went to The Girls Home in Nicaragua. Mayberry also shared pictures of herself and Long at the organization on her social media.

Even though Chvrches has its own fan following, but, it is not exactly a mainstream band, so Mayberry isn't as popular as Hollywood A-listers, and not much information on her dating history before Justin Long is available.

Justin Long, on the other hand, has lived a huge chunk of his life in the spotlight.

Before Mayberry, Long was in a relationship with actress and singer Amanda Seyfried. According to some sources, Long and Seyfried started dating in 2013. The couple broke up two years later, in 2015. Amanda Seyfried is currently married to Thomas Sadoski.

Also read: 42-Years-Old Drew Barrymore Has a New Boyfriend. She Went Through her Third Divorce in August 2016!

Long shared an on-again and off-again relationship with Drew Barrymore, from 2007 to 2010. Long also dated Kirsten Dunst back in 2008.

Do you think Justin Long's new relationship with Lauren Mayberry is going to last? Only time will tell.