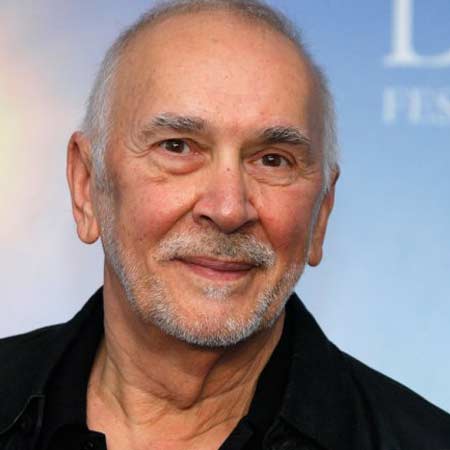 Frank Langella is an undeniable talent in Hollywood, entertaining the audience since 1963. He is best known for his role as Richard Nixon in the play Frost/Nixon for which he won two Tony Awards and also appeared in the film of the same title. Some of his notable films include Diary of a Mad Housewife (1970),  Masters of the Universe (1987),  Dave (1993), and Good Night and Good Luck (2005) among others.

Frank Langella was born on  January 1, 1938, in Bayonne, New Jersey to Angelina Langella and Frank A. Langella Sr. His father was a business executive and president of the Bayonne Barrel and Drum Company.

Langella attended Washington Elementary School and Bayonne High School in Bayonne. Later, he moved to  South Orange, New Jersey along with his family and graduated from Columbia High School.

He then attended South Orange-Maplewood School District. Langella completed his bachelor degree in drama from  Syracuse University in 1959. He studied acting at the Lincoln Center Repertory Company.

Frank Langella began his career as a theater actor, worked with theater companies in the East Coast and the Mid-West. In 1963, he made his debut in the New York theater arena playing a lead role in an Off-Broadway revival of The Immoralist.

In 1970, Langella made his film debut in American comedy-drama film, Diary of a Mad Housewife as George Prager. The same year, he portrayed the lead character Ostap Bender in American comedy film, The Twelve Chairs, written and directed by Mel Brooks.

Langella starred as Count Dracula in the 1977 stage play drama, Dracula, which earned him a lot of appreciation, and the play received more accolades than expected. In 1979, he portrayed the same role in British American-horror film, Dracula, but the film was not a commercial success.

In 1987, Langella portrayed the character Skeletor in an American science fantasy film, Masters of the Universe, and in 1988, he acted in the movie And God Created Woman.

During the 2000s, Langella portrayed several roles in movies such as Sweet November and House of D. He was nominated for Screen Actors Guild Award for Outstanding Performance in 2005 American historical drama film, Good Night, and Good Luck.

In 2006, Langella appeared as Perry White in American superhero film, Superman Returns. His roles in Starting Out in the Evening received immense critical acclaim and a lot of nominations including Satellite Award for Best Actor and Independent Spirit Award for Best Lead Male.

From 2015 and 2017, Langella starred in American period drama television series, The Americans as Gabriel. He also lent his voice to the character Commodore Francis Stoat in an episode of American adult animated sitcom, American Dad!.

Some of his television credits include The Mark of Zorro, CBS Summer Playhouse, Jason and the Argonauts, Law & Order: Special Victims Unit, Muhammad Ali's Greatest Fight, and All the Way among others. He also voiced in 2017 ’s video game, Destiny 2.

Langella’s upcoming project is American comedy-drama television series, Kidding as Seb, alongside Jim Carrey, and Catherine Keener. Moreover, he will also be seen in the sixth and final season of The Americans, which will premier in March 2018.

Frank Langella is also an author of two books. His first book, Frank Langella’s Cyrano: An Adaptation of Edmond Rostand’s Cyrano de Bergerac was published in 1999.

In 2012, Langella published his second book Dropped Names: Famous Men and Women as I Knew Them, where he wrote about a good deal about his interactions with many famous people, mostly from the entertainment industry.

Frank Langella has won and been nominated for several prestigious awards. Some of them are listed below.

National Board of Review Award for Best Supporting Actor

Frank Langella has an estimated net worth of $5 million which he garnered from his stage and filmography career. He made $150k-$300k from his appearances in films and TV series.

Langella appeared in a number of movies, and some of the hit movies are given below with their box-office collection

Frank Langella is possibly single at the moment but previously he was in a marital relationship with Ruth Weil, tied the knot on June 4, 1977. The duo exchanged vows at an intimate ceremony. The duo shares two children, a daughter, Sarah Langella and a son, Frank A. Langella III. The couple split in 1996.

He then dated actress/comedian Whoopi Goldberg. The duo first met on the set of basketball comedy show, Eddie and eventually fell in love. They were together for 5 years before their official break up in March 2001.

In 2012, Langella published a memoir,  Dropped Names: Famous Men and Women As I Knew Them. He has nystagmus, a condition which causes a person's eyes to make repetitive, uncontrolled movements and he is left-handed.

Below, we present the interview of Frank Langella