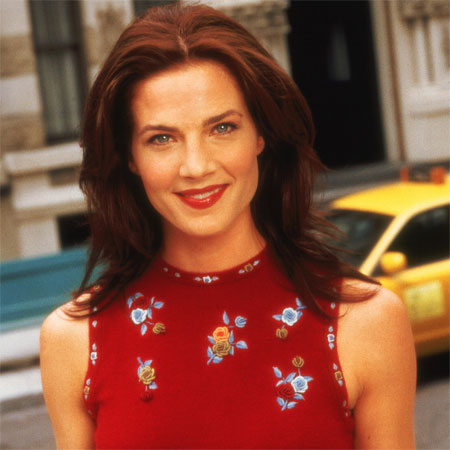 American actress, Terry Farrell is known for her role as Jadzia Dax on Star Trek: Deep Space Nine and for playing Regina Kostas on Becker. She also starred on the hit CBS sitcom Becker with Ted Danson, who played the titular role on the show.

Terry Farrell was born on November 19, 1963, in Cedar Rapids, Iowa, USA. She is the daughter of Kay Carol Christine (Bendickson) and Edwin Francis Farrell, Jr. Later, her mother married David W. Grussendorf, who adopted Terry. She has one sister, Christine who is also believed to be adopted.

At age of 15, she became a foreign exchange student to Mexico, and, from that experience, she decided she would like to live a more adventurous life in the big city. She sent several photos to Elite Modelling Agency and then, at age 17, dropped out of high school and became a model in New York.

After 18 months of modeling, she studied acting with Kate McGregor Stewart while modeling selling on the side. Her first major roles were in the short-lived 1983 television series Paper Dolls playing a model and in the feature film Back to School with Rodney Dangerfield.

In the spring of 1989, she began studying acting with Stella Adler and appeared in a number of guest-starring roles in series like Quantum Leap and The Cosby Show. In 1992, she played Cat in a second pilot for a U.S. version of Red Dwarf, which was not picked up.

She is most famously known for her role as Jadzia Dax in the television series Star Trek: Deep Space Nine (1993), but she did have some acting experience before that. In 1992, she had the starring role in the horror movie Hellraiser III: Hell on Earth (1992).

She appeared in many television and straight-to-video movies and also dated actors Michael Dorn and Mickey Rourke while on Star Trek: Deep Space Nine (1993). Afterward, Paramount decided to move her to the sitcom Becker (1998), where she played the character Reggie Kostas, but, after four seasons, she was replaced by Nancy Travis. Since then, she has not been in many mainstream events.

Her market value/ net worth is unknown to date. No such official record about her income has been provided.

She had dated actors Michael Dorn and Mickey Rourke until in September 2002, she married Brian Baker, better known as the cell-phone company Sprint's spokesperson and they live at Farrell lives in Hershey, Pennsylvania.

She enjoys sewing and quilting. Farrell has appeared with her husband at the Hershey Area Playhouse in Hershey, Pennsylvania in the production of A. R. Gurney's Love Letters. They have one child together.