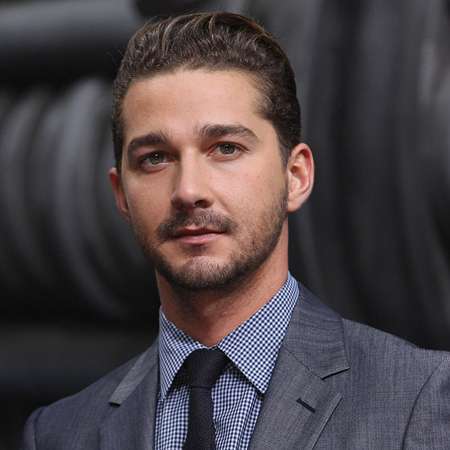 Shia LaBeouf is a popular actor/performance artist and filmmaker from Los Angeles, California. The Teen Choice Award-winning actor is best known for his portrayal of Sam Witwicky in the science-fiction film franchise, Transformers.

At the age of 10, he began performing at the local comedy clubs. He appeared in a Disney series Even Stevens from 2000-03. He made his major breakthrough in an action-comedy film Charlie Angeles: Full Throttle (2003). He has also featured in several films including Wall Street: Money Never Sleeps (2010), The Company You Keep (2012), Nymphomaniac (2013), American Honey (2016) and Borg vs McEncore (2017). He was married to actress Mia Goth in October 2016. The couple has filed for divorce in 2018.

Shia LaBeouf was born on June 11, 1986, in Los Angeles, California, United States. He was born to father Jeffrey Craig LaBeouf and mother Shayna Saide. His father is a Vietnam War veteran and his mother is a visual artist and clothing jewelry designer. He grew up in his native town in California.

LaBeouf comes from mixed descent; Cajun French and Jewish. He is an American nationality. He is the only child of his parents and has no any sibling. 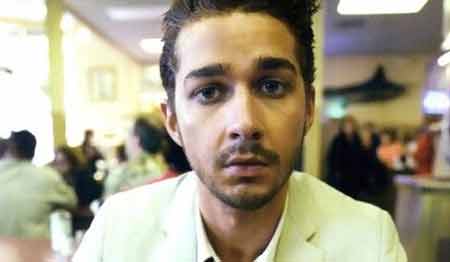 Shia LaBeouf attended Alexander Hamilton High School. Shia made his acting debut from television screen where he played the role of Ethan in an American situation comedy Caroline in the City. The same year, he was also featured in TV movie Breakfast with Einstein.

Before coming into film and television, he performed comedy around his neighborhood. He began performing at comedy clubs when he was 10. He used to repeat his appeal ‘disgustingly dirty material and 50-year-old mouth on the 10-year-old kid.

In the early 2000s, LaBeouf became known among young audiences after playing Louis Stevens on the Disney Channel weekly program Even Stevens. He featured in the 66 episode of the series. 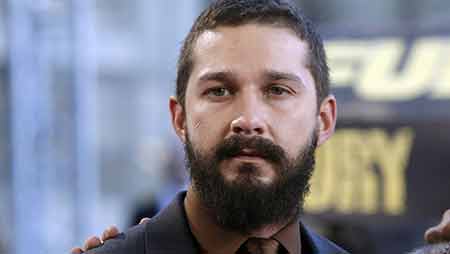 LaBeouf made his film debut in a 1998 indie movie The Christmas Path. He made his major breakthrough in the second installment of the Charlie’s Angels film series, Charlie Angeles: Full Throttle (2003) starring Cameron Diaz, Justin Theroux, Matt LeBlanc, Luke Wilson and Rodrigo Santoro.

In 2003, he appeared in many movies including The Battle of Shaker Heights, Charlie's Angels: Full Throttle, Dumb and Dumberer: When Harry Met Lloyd and Holes. LaBeouf appeared in the role of Farber in the movie I, Robot along with superstar Will Smith in 2004.

Shia LaBeouf has enacted in several popular movies including:

In 2016, he appeared in a road film American Honey. In 2017, he played in a biopic sports drama film Borg vs McEnroe- based on the story of two former rival tennis player Bjorn Borg and John McEnroe. As of 2018, his three films are in post-production which will release in 2019. He also wrote a script for one movie Honey Boy.

Shia LaBeouf earns a decent amount of money from his films and television works. His net worth is $25 million as per the Celebrity Net Worth as of September 2018. He has bagged this amount from his numerous blockbuster films. He makes a good amount of salary from several hit films.

His films have earned over $2 billion to date. In 2007, he appeared in a science-fiction film Transformers- the first installment of the Transformers film series. The movie earned $709.7 million at the Box Office.

LaBeouf is also involved in several charity works and movements. He has raised funds for several projects.

Shia LaBeouf is a married man. He is married to his longtime girlfriend, actress, Mia Goth in October 2016. In December 2016, in an interview with E! News, he confirmed his marriage with her. The duo attended a ceremony in an eccentric Las Vegas.

Shia LaBeouf and Mia Goth have filed for divorce. His representative said, "The separation is amicable and all details pertaining to the divorce proceedings will remain private." Their divorce has not been finalized.

He is reportedly dating singer FKA Twigs after splitting from his wife Mia Goth. The Hollywood actor and Robert Pattin's ex, met on the set of his latest film Honey Boy.

Reportedly, they did not possess a license of their marriage as per Clark County Nevada. It confirmed the news via Twitter. The duo began dating in 2012.

Previously, he had an affair with actress Hilary Duff in 2002. During 2003, he was romantically linked to Kiely Williams. From 2004-07, he dated China Brezner for three years until 2007. LaBeouf also linked to singing icon Rihanna in 2007.

In 2008 Shia, was romantically engaged with an American actress Megan Fox, they met during the movie filming and fell in love. Late they separated in 2008.