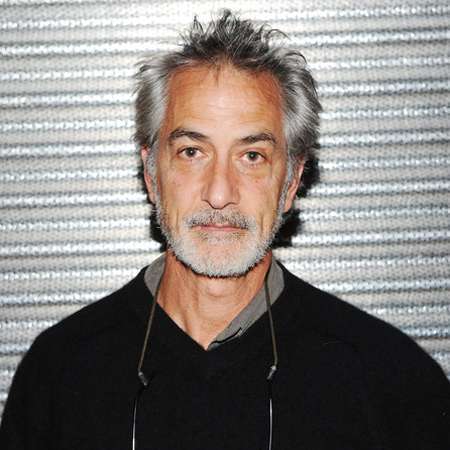 David Russell Strathairn is a well-known American actor. He is acclaimed for his performances in the movies Good Night and Good Luck for portraying the character of Edward R. Murrow, The Bourne Ultimatum as a CIA Deputy Director Noah Vosen, on Syfy series Alphas as Dr. Lee Rosen and in Lincoln as William Henry Seward. He is one of the most talented actors in the Hollywood arena. Born to a medical professional family, to father Thomas Scott Strathairn, a physician and mother Mary Frances (Frazier) who is a nurse, David has the English, Scottish, Irish, Portuguese, Native Hawaiian and 1/16th Chinese ancestry. He has two siblings named Tom and Anne.

David had attended Redwood High School in Larkspur, California and graduated in 1970 from Williams College in Ma s sachusetts, where he demonstrated his interest in theater. He also worked as a clown for six months in a traveling circus after studying clowning at the Ringling Brothers and Barnum & Bailey Clown College in Florida. After moving to New York, he hitchhiked across America to work in theaters for several years. During those years, he reunited with one of his college friends John Sayles. He got a role in his directorial debut film Return of the Secaucus Seven in 1979. Then after, he began to gain lots of roles in supporting roles making him known to the world for his talent. He moved forward in his career and is noticed for a number of movies like Lovesick, Silkwood, L.A. Confidential, etc. He has appeared in a number of television series in their different episodes as well.

David is a married man. He is married to his love of life, his girlfriend turned spouse, Logan Goodman. There is no any history of him having past affair/dating or rumors of hook ups of him. She has been the one and only to him and they have happily spent more than 35 years of their beautiful marital relationship. They have two children, a son and a daughter, who are now both matured and onto their profession. The firstborn of the couple is a son whose name is Tay Strathairn, an actor and musician by profession, born on 1980 October 31. He is in the music group named Dawes since 2010. The second born of the couple is a daughter named Ebberly Strathaim, who is an architect. She was born on 1987. David has a successful marital life and is a proud parent of amazingly talented children. The couple lives near Poughkeepsie, New York.

It is rare that any celebrity does not meet with any rumors. Likewise, David went viral when the rumor struck all over in the media for his death. Similarly, the rumor of his divorce with his wife went viral on the internet.

David is currently serving as the Collective’s Board of Advisors on the Rosendale Theatre and also is active in acting.

Sixty Seven years old David is still fit and active. He is a charming person with full of charisma. He is tall and nicely built. He has got a good salary pay for his works and have a satisfactory net worth.

David is not that active in any social media but his fans have created his fan page and there are different websites on the internet that have stored bio, news and updated on him.