Anthony Anderson is a well-known American actor, comedian, writer and a game show host. He is best known for his role  Detective Kevin Bernard in the TV series, Law & Order. He also featured in films like  Me, Myself & Irene (2000), Kangaroo Jack (2003), Agent Cody Banks 2: Destination London (2004), The Departed (2006), Transformers (2007), and Scream 4 (2011). Anderson served as an executive producer and starred in ABC sitcom, Black-ish. From 2016, he hosts the ABC version of the game show To Tell the Truth.

Anthony Anderson was born on August 15, 1970, in Compton, California to Doris (née Hancox) who was a telephone operator and actress. He was raised by his mother and step-father,  Sterling Bowman. He has a half-brother, Derrick Bowman. He is American and belongs to the African-American ethnicity.

Anthony completed his schooling at Hollywood High School and later joined Los Angeles Performing Arts High School. Then he attended Howard University and graduated with a theaters arts degree in 1993.

Anthony Anderson started his career as a stand-up comedian, but his first role in The Comedy Act Theater was a huge failure. Later, he trained with actors such as Avery Brooks, Ruby Dee, and Ossie Davis.

Anderson made his screen debut with TV series Hang Time. He was associated with series from 1996 to 1998 and altogether appeared in 39 episodes. He debuted in films in 1999 with Liberty Heights.

Then he played a various ironic role in films, Romeo Must Die, Exit Wounds, Kingdom Come, Cradle 2 the Grave,  My Baby's Daddy, Scary Movie 4,  Transformers,  Scream 4, Barbershop: The Next Cut, Small Town Crime, and others. 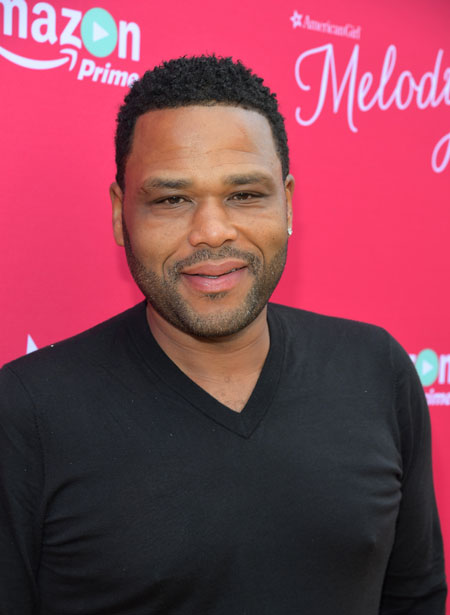 Anderson enrolled himself in film direction as well. In 2009, he directed a one-minute short film that featured his Law & Order co-star, Jeremy Sisto. The film was aired on October 16, 2009, during the In The House episode "Reality Bites."

Anderson signed on to host the celebrity-driven, family game show, Wall of Fame in 2013. After a year, he starred in ABC sitcom, Black-ish as Andre "Dre" Johnson Sr alongside Tracee Ellis Ross, Yara Shahidi, Marcus Scribner, Miles Brown, and Marsai Martin. He earned  Primetime Emmy Award nomination for his role in the category of Outstanding Lead Actor in a Comedy Series.

Anderson host the food series,  Eating America, with Anthony Anderson in 2014. Then he served as a regular judge on Iron Chef America.

Anthony Anderson has an estimated net worth of $18 million which he garnered from his career. He earned over $300k per episode for his appearance in Black-ish.

On average Anderson made $700k-$1m from every movie. He was also involved in film direction, and the average salary of directors in the US is above $97k. In 2011, he won $250k from Who Wants to Be a Millionaire.

Some of his highest grossing movies are mentioned below,

Anthony Anderson is happily married to his college sweetheart, Alvina. The duo tied the knot in 1995 at a family ceremony. They dated for a few years before committing as husband and wife. 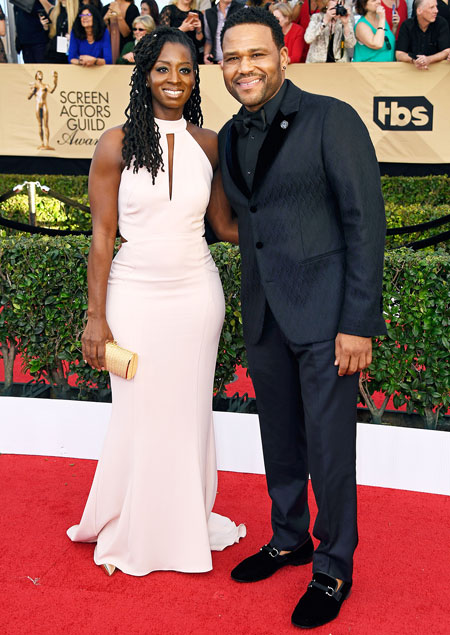 The couple is blessed with two children, a daughter, Kyra Anderson, and son, Nathan Anderson, both of them are starred on the Netflix sitcom, Richie Rich.

In 2015, Alvina filed a divorce but after a year, she requested the judge to dismiss her divorce petition as she wants to give a second chance to her marriage- The couple was separated in April 2014.

As of 2018, the duo resides in Los Angeles, California. Anthony Anderson is enjoying his blissful married life along with his wife and kids.

Anderson has Type 2 Diabetes, and he is fully active in diabetes awareness programs.  His favorite NFL football player is Reggie Bush. He shares a close bonding with actor and comedian Kevin Hart. He is a good friend of  Guy Torry, Ashanti (I),  and Trevor Noah.

Currently, he resides in the Chicago area along with his family members.

As per the reporter he has Type 2 Diabetes so due to this reason he keeps on promoting diabetes awareness to all people. He recommend all to do daily exercise.

In 2004, an unknown lady filed a lawsuit against Anderson and Warner Bros. Television. She claimed that Anderson had sexually assaulted her in his dressing room on the sets of All About the Anderson.  She filed a lawsuit of $900k. Later, the allegation was found false, and he was dropped from all the charges.