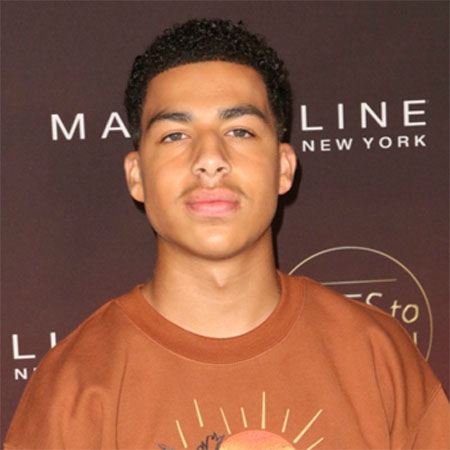 American actor, Marcus Scribner is known for portrayal of Andre Johnson, Jr. in the ABC sitcom Black-ish.  He was the Ambassador of People to People Leadership. He made his debut role on Castle at an early age of 7. He also served as first Youth Ambassador for Sandals Foundation and The Beaches Resorts.

Marcus Scribner was born to father, Troy Scribner on 7th January 2000 in Cedars-Sinai hospital, where his mother was born. He belongs to Black-American ethnicity and holds American nationality.

Scribner has a sister, Athena Scribner. Since his early age, he was interested in acting. His parents always support him to pursue a career in acting as well.

Currently, Scribner is planning to join the Stanford University in California, Los Angeles.

In 2012, Marcus Scribner debut as a guest role in an episode of ABC’s Castle, from where he earned positive responses and his role became the solid base to begin his career in the acting profession.

In 2014, Scribner’s breakthrough role came; appeared in an American sitcom television show Black-ish as Andre Johnson. The series was starred Tracee Ellis Ross, Anthony Anderson, and Yara Shahidi. The show was announced as one of the highest-rated comedy of the season.

Scribner is an animation lover boy, and it is declared that he will be in one of the leads in the upcoming teen feature Alexander IRL. He was also named as the first Youth Ambassador by Sandals Foundation and The Beaches Resorts.

Marcus Scribner is unmarried, as he is young to involved in the relationships. He has kept his personal life away from the media. He might be focusing pursing career rather than a girlfriend.

However, Scribner has a good relationship with his co-star, Yara Shahidi and also posted a birth wish post on her birthday in 2017.

Scribner loves to spend much time with his family member. He posted a beautiful picture with his mother wishing her Mother's Day.

Marcus Scribner has made his incredible performance in the number of television series, movies, as well as commercials. He earned a good sum of money from his work. As per some online sources, Scribner's estimated net worth is around $1 Million.