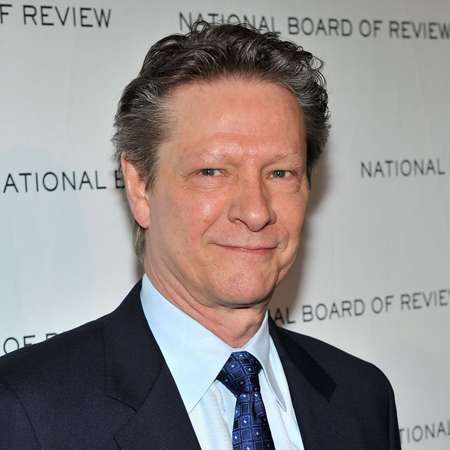 Chris was born as Christopher W. ’Chris’ Cooper on 9th July, 1951 in Kansas City, Missouri, United States to Mary Ann who was a homemaker and Charles Cooper who worked as a doctor in the United States Air Force. They also had a cattle ranch. He grew up with his brother Chuck. As a youngster he served in the United States Coast Guard Reserve. He is of American nationality.

Cooper attended the Stephen College and then the University of Missouri and also briefly studied ballet. He went on to earn a double major in the school of Agriculture and the school of drama. Cooper decided to move to New York after his graduation, opting to get an acting role and establishing a bright acting career. He was then cast in Matewan in 1987 as Joe Kenehan. Since then, Chris has been seen in many TV series like The Equalizer, American Playhouse, Miami Vice, Lonesome dove, Life stories, Guilty by Suspicion, Thousand pieces of gold, Darrow, City of Hope, bed of Lies, Ned Blessing, The Boy’s Life, Return to Lonesome Dove, Pharaoh’s Army, Money Train, Law and Order, My house in Umbria, Seabiscuit. In 1996 he acted in the movie, Lone Star for which he received a nomination for Independent Spirit Award. He was ten cast in American Beauty in 1999 for which he received Online Film Critics Society Award, Screen Actors Guild Award. However, his most significant role is in 2002’s Adaptation as John Laroche. For his acting he received Academy Award, Broadcast Film Critics Association |Award, Golden Globe Award, Toronto Film Critics Association and many more.

Cooper currently lives in Kingston Ma s sachusetts with his spouse, Marianne Leone Cooper. The couple married in 1983. They have been together since. Cooper has not had a notorious dating history like many other actors. He has not had an affair or a girlfriend since marrying Mary.  He is a reserved man who focuses much on his career and also takes out time to spend a few vacations with his children and wife. The couple gave birth to a son named Jesse Lanier in 1987. While Jesse was three months old, he developed a cerebral hemorrhage and palsy which required him to study in a special needs school. He went on to graduate from Silver Lake Regional High School. However, Jesse died unexpectedly from epilepsy on 3rd January 2005.

He stands tall at height of 5 feet 10 inches. He is a silent man. His net worth is estimated to be a total of $10 million which shows his huge salary coming out of a successful career. The bio of Chris Cooper can be found on various social media sites like Wikipedia, IMDB and many more.