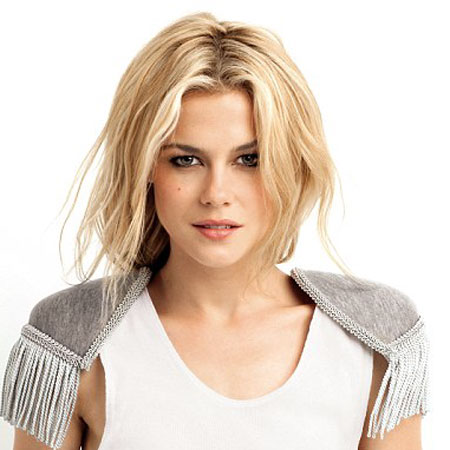 Rachael Taylor is a renowned actress as well as a model. She is best known for her portrayal as Maggie in the 2007 movie, Transformers. She also starred in the US horror-thriller, Shutter.

Taylor was crowned Miss Teen Tasmania in 1998. She was also nominated for a Logie Award for Most Popular New Female Talent on April 3, 2006.

Rachael Taylor was born as Rachael May Taylor on 11th July 1984 in Launceston, Tasmania, Australia. She belongs to the White ethnicity and holds an Australian nationality.

Taylor is born to Nigel Taylor and Christine Taylor. Since her childhood days, she has built up a keen interest to become an actress. She studied at Riverside High School.

Rachael Taylor is active in the film industries since 2004. She debuted her career appearing in numerous American productions including TV movies about Natalie Wood, and the horror movies such as Man-thing and See No Evil.

In 2005, Taylor portrayed Sasha Forbes on the Australian short-lived drama series, headLand. She received a nomination for a Logie Award for Most Popular New Female Talent for her significant role in the series.

Later, Taylor got an opportunity to work with the professional wrestler, Kane in the 2006 slasher film, See No Evil.

In 2007, Taylor appeared in the blockbuster movie, Transformers as Maggie Madsen. She was cast alongside Megan Fox and Shia LaBeouf in the movie.

Taylor starred in the US horror film, Shutter in 2008. The movie was a remake of the 2004 Thai film of the similar name.

Taylor became a successful artist impressing fans & critics with her significant acting skills. She also made her appearance on the HBO comedy series, Washingtonienne, and Melt.

Taylor was cast in the short-lived remake of the TV series named Charlie's Angels.  Besides, she is also a model who has appeared in several commercials & magazines.

Taylor, age 33, is not married yet. She might be engaged, as she was seen stepping out in Los Angeles with a diamond ring on her finger. She proudly showed off the ring in that picture taken in the event.
Taylor has been dating Mike Piscitelli, an American photographer, for two years. However, the news of their engagement has not been confirmed yet. But, as per the information in dailymail.co.uk, she is proud of her relationship with her boyfriend, Mike. Her boyfriend, Mike might be a good husband in the future according to her.

As per some online, Taylor had an affair with Jason Trawick in 2008. However, their relationship didn’t last for long. It was also rumored about her relationship with American actor & singer Zachary Levi.

Some online sources also say that Taylor was in a relationship with Matthew Newton back in 2009. At that time, she revealed that she was abused by her boyfriend Matthew & ended up their relationship due to domestic violence incidents with her.

Rachael Taylor is also a famous model and actress appeared in various moves, television series as well as magazines. Her success in career path has paid her well financially.

Taylor has done several hit movies in her career. Her movie, Transformers was a big hit grossing $709.7 million worldwide. Her net worth is $4 million.