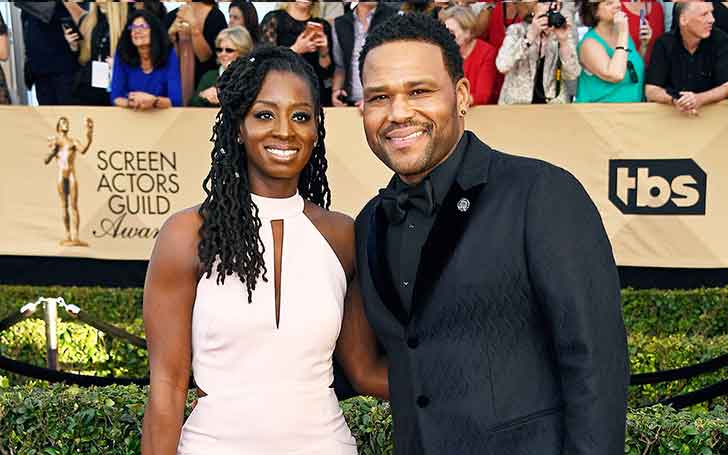 Though their marriage was rocky as they filed for divorce in 2015, Alvina Stewart and Anthony Anderson overcome their differences and reconciled in late 2016. They have started their new life as a happy couple once again.

Stewart and her comedian husband married in 1995. They together are proud parents of two children, daughter Kyra Anderson and son, Nathan Anders.

How is their married life after they reunited in early 2017? Let's find out Stewart and Anderson's love story here.

Stewart and Anderson married since 1995, however, they briefly separated in 2014 after 19 years of married life. Stewart even filed for a divorce against Anderson in September 2015 citing irreconcilable differences and even claimed for spousal support and joint legal custody of their two children, then-16-year-old son Kyra Anderson and then 20-year-old daughter Nathan Anderson with Anthony getting reasonable visitation. 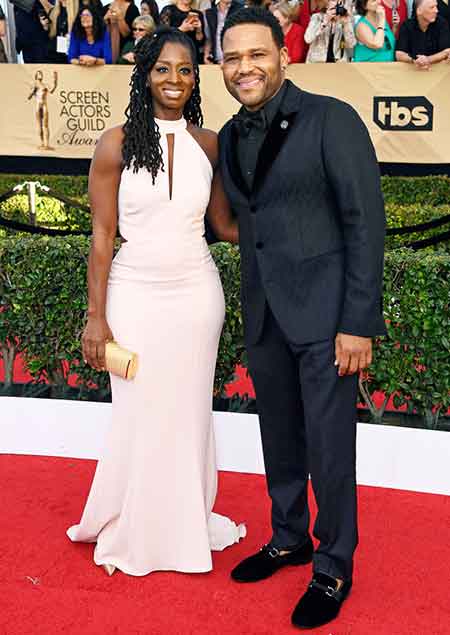 CAPTION: Alvina Stewart and Anthony Anderson together after calling off their divorce petition in early 2017: Stewart filed divorce against husband Anderson in September 2015 SOURCE: US Weekly

Andersons' rep explained at the time:

“Yes, the divorce papers are public record and they have been separated for some time now,”

Stewart, however, called off the divorce petition in early 2017. She later made her first red carpet appearance together with husband Anderson since calling off the divorce at SAG Awards in January 2017.

"It's fun. It's been a while since we've been on a red carpet together, but we're here tonight so we're excited about it."

The pair also walked together at 2018 SAG Awards. They seem to be close as they kissed each other and flashed PDA during the award ceremony and Anderson was even captured helping his wife to adjust the shoe strap and they looked super cute. 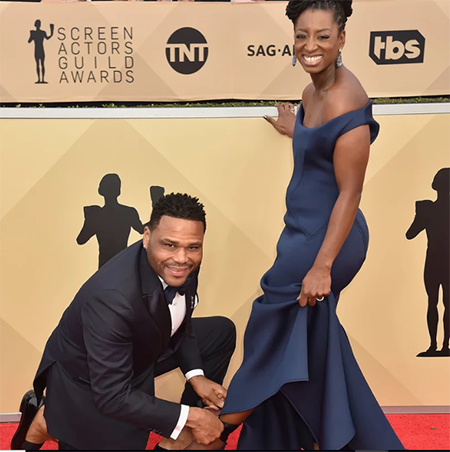 Alvina Stewart and her husband Anthony Anderson have reunited now and are celebrating 24th years of married life. They currently reside in their lavish house in Los Angeles, California along with their children, Kyra and Nathan. They are together for a long time now and sharing a wonderful married life.

Stewart and Anderson are together since their college days. They exchanged vows in 1995. After a year of blissful married life, Stewart gave birth to their daughter Kyra Anderson in 1996 and the couple welcomed their second child Nathan Anderson in 2000.

During their over decades of married life, Stewart as a devoted wife supported her husband during his bad times. She was there to support her husband while he was diagnosed with Type 2 Diabetes. 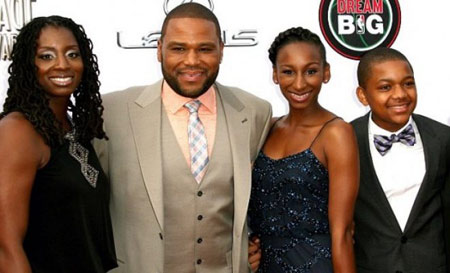 CAPTION: Alvina Stewart and Anthony Anderson married in 1995: They together are blessed with two children, daughter Kyra Anderson born in 1996 and son Nathan Anders born in 2000 SOURCE: Naturally Moi

Anderson once revealed that Stewart became an avid gym rat to support him and fight the disease:

"My wife’s become an avid gym rat, and she inspires me. My children are fit too and also help me keep going,”

He also revealed he was inspired to his life under control as he felt responsibilities towards his wife and children.

Besides, Anderson also shares a strong bond with his two children, Kyra Anderson, and Nathan Anderson. He uses social media to connect with his children which he revealed in an interview with People in 2016. The couple is enjoying their wonderful married life.

The father of two said:

“We make memes and Snapchats, Instagram posts and all that on the 101. But we were doing that responsibly! I was the cameraman, and my son’s hands were on the 10 and 2.”

As a responsible dad, he didn't want to spoil his children and wants to give them a normal life which he revealed in his next interview:

“I grew up in Compton, Los Angles so [when I became an actor] I overcompensated because of my background…I wanted to give [my children] everything I didn’t have. But I can’t spoil my kids,”

“I had to say, ‘Wait a minute — am I creating a monster? I can’t keep freely giving you things.’ My kids have schoolwork, community service, and chores. We recently put together packages at the post office for soldiers overseas.”

Prior to Alvina, Anthony reportedly dated an actress, comedian, producer Tracee Ellis. They used to joke about how they’re going to kiss on the sets of Black-ish.  According to reports, Tracee and Anthony’s relationship is going great on and off-camera. However, it was not always this cute between these two, Ellis has revealed that she hated Anthony before Black-ish.

She belongs to the American nationality and as far as her ethnicity is concerned, Alvina is Afro-American.

She regularly visits the gym.