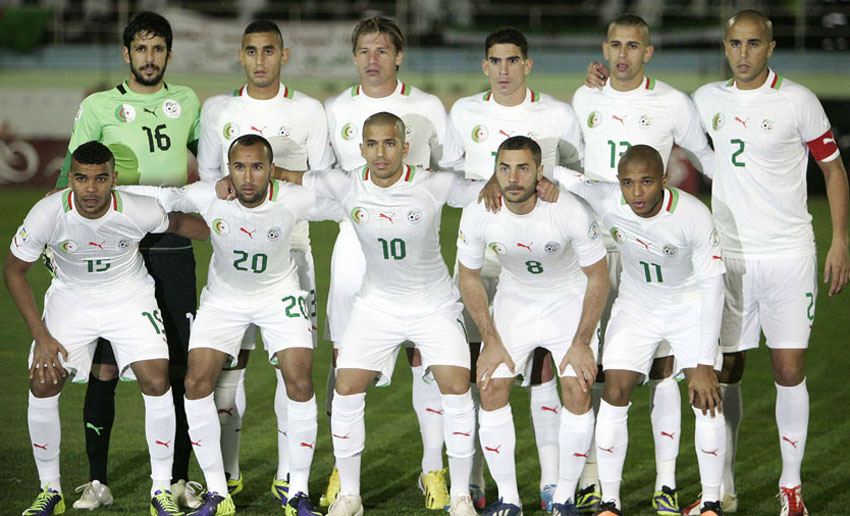 Algeria National team  represents Algeria’s a s sociation in Soccer and it is  controlled by the Federation Algerienne de Football. Algeria’s home ground is in Algiers and is Stade 5 Juilet  1962. The head Coach of Algeria National team is Vahid Halilhodzic. It was founded and Started on January 1, 1962 and joined FIFA on January 1, 1964. The FIFA code of Algeria football team is “ ALG”

Algeria has been qualified in four World cups in 1982, 1986, 2010 and in 2014 which have been their great Achivements. In 1982 FIFA World Cup ,although playing well they could not make it to win the cup. In 1986 FIFA World Cup they were not able to pa s s the first round  in the group that included : Northen Ireland, Brazil and Spain. From that year Algeria national team were unable to to qualify in any FIFA World cup Qualifier until 2010 World Cup Qualifier when they broke the History of failure in qualifying. In 2010 FIFA World Cup , Algeria draw with England, USA and Slovenia and failed to go to to go to next round with loss against the teams.

In the 2014 FIFA World Cup Algeria has been drawn in Group H table with Belgium , South Korea and Russia.

Their match schedule is :