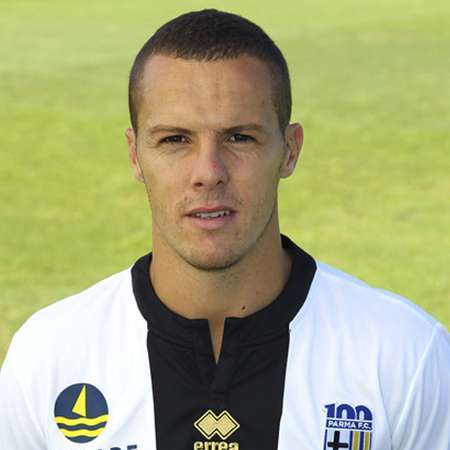 Djamel Eddine Mesbah is the full name for Djamel Mesbah, an Algerian Footballer. His name is in Arabic. He was born in 1984 October 9 at Zighoud Youcef District, Algeria. He is 29 years old. He cherishes the height of 179 cm and has the body weight of 74 Kg. He has his professional career started in 2003. There is no news available on his personal life which includes his education, family life and relationship status. He has kept his private life in low profile. He plays in the Current Team A.S Livorno Calcio as a Defender from squad No.11 and in the Algeria National Football team as a Defender as well. According to the Salary statistical record of 2012, his Salary is mentioned to be 600,000 Euros. W.S.A is the name of his agent.

Djamel Mesbah is the name of a versatile player whose main position is left back player and also can play as a left midfielder and left winger. He is an enthusiastic and ambitious player with full of energy and stamina. He has strong left foot. He is young and talented Defender. He is good at shots and dribbling. He has good ball interception. He likes to cross and tackle which often leads him into fouls. However, he needs to concentrate on pa s sing and crossing skills.

Djamel Mesbah has started his youth career from the youth ranks of French Club US Annecy-le-Vieux in 1995.He spent six years at this club. He was spotted by the scouts from the Swiss side Servette FC in 2001 and made his move to Servette in the same year. He began to progress in his performances making his progress in the ranks of the team. He was promoted to the senior team and made his professional debut in the year 2003.  He spent the season with Servette after his professional debut appearing in 11 matches with three goal scores.Because the club was facing the financial issues; Djamel Mesbah made his move to join at Basel. He spent most of his time as a substitute in this club appearing in 11 matches with a goal. He spent 2 seasons at this club and was loaned to Lorient in 2006 but due to his injury he could play in any matches from the team.

After his return from injury, he joined with FC Aarau for two seasons in 2006. He appeared in 60 matches with a goal score from this team. In 2008, he moved to Luzern. He spent 2 seasons at Luzern as well appearing in 6 matches so far. These appearances were from as a substitute. On 2006, he was loaned to Italian Club AS Avellino by Luzern where he appeared in 27 matches with 2 goal scores. After the end of his contract with Luzern returning from Avellino, he signed the contract with U.S Lecce where he mostly played as a left sded midfielder and occasionally as a central midfielder or even as a left back. He appeared in 82 matches with six goals from this club. In 2012, he played for Milan in the season 2012/2013 appearing I 9 matches. In 2013, he joined with Parma. He has appeared in 10 matches bagging a goal score from Parma. In 2014, Parma has loaned him to Livorno which is his Current Team where he has appeared in 7 matches as a Defender. Djamel Mesbah is in the Algerian National Football Team since 2010. He has appeared in 25 cap matches from the team and will be in the team in upcoming 2014 FIFA World Cup at Brazil.