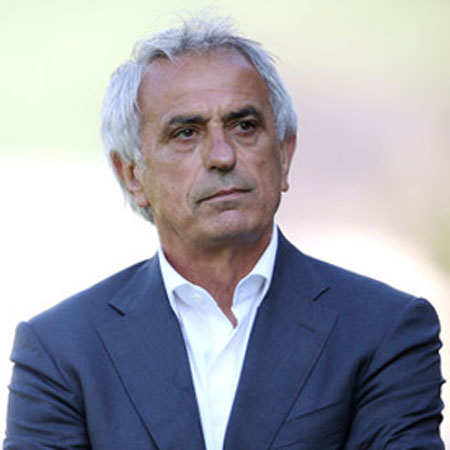 Vahid Halilhodzic is a former professional footballer .He is born in 15th of October in the year of 1952.He was born in Jablanica in FRR Yugoslavia. He is presently manager to the Bosnian Football players and is managing current team of Algeria National Football team. He is also known as Knight of the Legio d’Ho nneur of the French Republic. He is a very hard working and enthusiastic about the football. Although he had to move out due to political issue he kept his pa s sion for football alive.

Before he turned himself into a manager he had completely different personality of a footballer. During the decades of 70s he was one of the best Bosnian players in the squad. He was a player with completely unique skill of dribbling, running and other spectacular technical skills. His successful games were with Velez Mostar, Paris Saint –Germain and Nantes before retiring in the mid-1980s.Apart from playing for clubs he was also in the squad of National Team .The team which won the 1978 European U-21 Championship included him as the squad Member. He earned a total of 15 full international caps for Yugoslavia before he retired from the professional football. He retired from Professional football in 1978.After 12 years of retirement, in 1990 he again returned back to the professional football but as a manager .He debut his job as manager from club Velez and later mover to the nation France. After that he moved to a number of French-speaking nation and gave a managerial guide .Among many other achievements one of them was winning the 1991 CAF Championships League with Moroccan side. Under his management the French club Lille OSC moved from Second level to Third place in Ligue and later he guided them to win 2004 Coupe de France.

He is married already and as per records he already has two kids. He lives with his family in Lille. During Bosnian war he got injured but later after a few months he got recovered. He received threats of lives in 1993 and left his place Mostar. After he was gone he house was looted and burned down. He is 1.82 m in height and his weight is 71 kg.

Out of his total games that he managed, he was recorded 65% win. On his 23 games being coach of Algeria he has recorded win in 14 matches and lost in 5 matches and drawn in 4 matches. He also made 5 international goals during his career as a player. During his career as player out of 333 appearances he has made 203 goals. He has been successful not only as a player in his career but also as a manager.His Salary in 2012 is around 7 million USD.