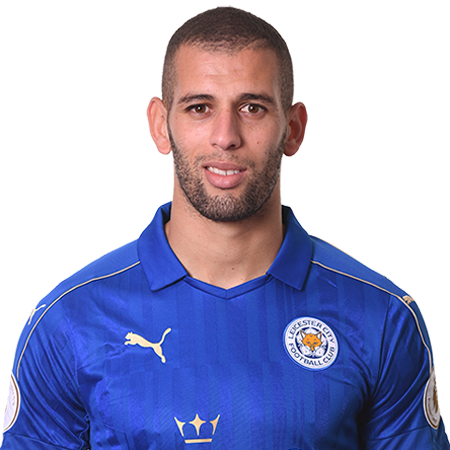 Islam Silmani who is well known for his striker position in sporting Club de Portugal of Portuguese Primeria Liga is an Algerian Footballer. He was born in 18 June, 1988 ( age 25 ) at Algiers, Algeria. His height is 1.86 m (6 ft 1 in ) and his weight is 165 lbs (75 kg ) .Silmani is very famous for his kicks. His currently plays in Sporting Cp club with his jersey number 9 and his current salary is 0.3 million pounds. Islam Silmani has also played many times in his national team. He played representing WB  Aïn Benian during his youth.

In May 2009, for a transfer fee of 800,000 Algerian Dinars, signing a two year contract Slimani joined CR Belouizdad . In the same year he made his official debut against Mc Oran in the first week of 2009-10. CR Belouizdad had an impressive win against  JS Kabylie in 2011 because of Silamani’s effort where he scored 4 goals. After 2 years of contract  Silamani decided to extend his contract by another 2 years with CR Belouizdad rejecting offers made by other great French football teams such as Nice and Le Habre . On August 2013, after 2 years contract with CR Belouizdad Silmani joined Sporting Clube Portugal. Salmani was mostly used as a substitute during 2013-14 as a secret weapon against their opposing clubs.  Later he became a starter and scored atleast one goal in each four games he played against Rio Ave, SC Braga’ Vitoria de Setubal and against  Porto.

Silmani is also recognized as one of the good football player internationally. He has played several national games representing his country Algeria. He has scored 3 goals against Rwanda in 2012 and another 3 goals against Armenia.

Silmani mostly plays as forward player and to be more specific he plays as center forward. His old club was CR Belouizdad and his transfer fee to Sporting Clube was 0.3 million euro pounds. Before joining CR Belouizdad Silmani played in JSM Cheraga from 2008-09.

Silmani was offered to join Algerian’ National team for the first time by Abdelhak Benchikha for a week long training camp. Silmani was called up again in 2011 as a replacement for his injured teammate for 2011 African Nation Qualifier.

Again, Silmani was offered to join Algerian National Team for the 2014 world cup qualifiers against Mali, Rwanda and Gambia. His debut was against Niger where he came as a substitute after the half time. After a week he scored his first goal against Rwanda making the score 4-0 in the World Cup Qualifiers. Then he successfully scored a goal against Mali and scored two goals against Gambia.

In 2013/2014  Silmani has played total 25 games in which he made total of 8 shots and scored all of those shots with 0 a s sists. Silmani is now regarded as one of the greatest Forward Football Player from his current team and many other clubs such as Chelsea, Manchester United and Arsenal are showing interest in having him as their center forward player.