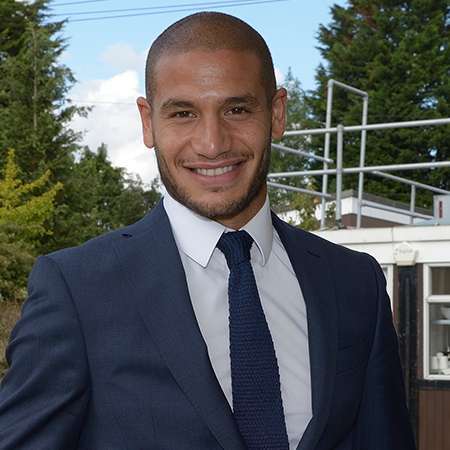 An Algerian Footballer, Adlene Gueioura, was born in the year 1985 November 12 at La Roche-sur-Yon, France. He is 28 years of age and cherishes the height of 178 cm and has the body weight of 81 Kg. He made his professional debut in the year 2004. His father was the former Algerian International striker and his mother was a former Spanish Basketball player. Nacer Guedioura and Enriqueta Soreira Pons are the names of his Parents. He has a younger Siblings named Nabil Guedioura. He is also a professional footballer who last played in the team of Nottingham Forest’s under-21 team. Although born in France, he has the Nationality of Algeria from his father. He has kept his personal life in low profile so there are no disclosed information available on his education, family life and even relationship status. There is no confirmed information available on the Salary of Adlene Gueioura. His Current market value is of net worth 2.20 million Pounds so the salary can be estimated to be around it. There is no information on his agent as well.

Adlene Gueioura started his youth career from the club Racing Paris in the year 1992. He spent 8 years with this club developing and enhancing his football skills. He made his professional debut from the club Sedan in the year 2004. But because he struggled to find the place in the first team of Sedan, he moved to join at French Fourth Tier Club Noisy-le-sec in 2005. He has appeared in 15 matches with a goal in this club spending a season with this club. In 2006, he joined with the Third Tier of French Football called L’Entente SSG. He appeared in 33 matches with 3 goals from this team. He got the nickname of “The Cla s sy Bull” in this club.

In 2007, Adlene Gueioura joined at Creteil. He spent a season at this club appearing in 24 matches with 6 goal scores. In 2008, he moved to Kortrijk. Appearing in 10 matches of the season, he moved to Charleroi in 2009. In Charleroi, he appeared in 25 matches with a goal. In 2010, he joined the English side Wolverhampton Wanderers. He appeared in 38 matches with three goal scores from the team. He spent two seasons in this English Club. In 2012, he was loaned to Nottingham Forest. He appeared in 19 matches form the team with a goal and after the release of the loan; he joined the Club and spent a season there. He appeared in 40 matches from the team with 3 goals. After wards in 2013, he joined with Crystal Palace. He has made the contract until of 2016 with this club.

Adlene Gueioura has spent his career at different clubs for brief time, if we happen to see his record. It proves on his struggle to reputation and making his position in the team. He plays in the Current Team of Crystal Palace as a midfielder wearing jersey No.35. He is also in the first team of Algeria National Football Team since 2010 as a Midfielder. He has appeared in 28 cap matches from this team with two goal scores. He will be in the team in upcoming 2014 FIFA World Cup.

Adlene Gueioura is a young, enthusiastic and energetic Defender. He has strong at both foot skills. He is physically strong having good strength, stamina and robustness maintaining the pace and durability in the game. He has good discipline and club loyalty. He has good dribbling skills .He has good positioning and vision in the team. Adlene Gueioura has got good speed in the game. He likes to play the ball off the ground. His shots are very powerful. He is good at defensive work rate diving into tackles. He has good control on the ball. He likes to take long shots and giving long pa s ses. His free kick accuracy is also nice. He likes to dribble. He plays from the main position of Central midfield. But he is good at playing from the position of Defensive midfield and right midfield.