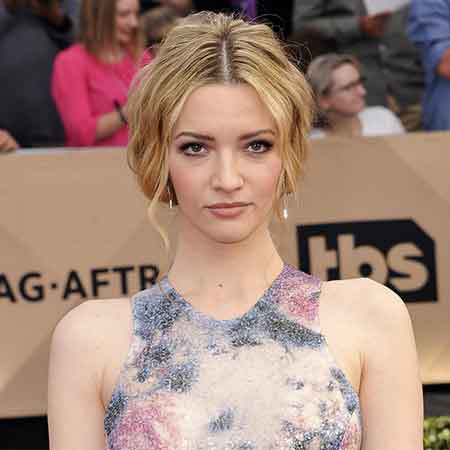 English actress and model, Talulah Riley is famously known for her appearance in several movies like Pride & Prejudice, The Boat That Rocked, StTrinian's, and Inception among others. As of 2018, she is working in the series, Westworld as Angela. Riley came to limelight not just from her professional life, but fair share goes to her personal life. She was married twice to billionaire Elon Musk and divorced twice.

Talulah Riley was born Talulah Jane Riley Milburn on September 26, 1985, in Hertfordshire, England under the birth sign Libra. Riley is the only child of her parents, Una Riley (founder of s security company) and Doug Milburn (former head of the National Crime Squad and now works as a screenwriter).

Talulah Riley debuted in the movie industry appearing as Mary Bennet in the 2005 romantic drama film, Pride & Prejudice directed by Joe Wright. Two years later, she worked as an uptight daddy's girl, Annabella Fritton in the comedy film, St Trinian's with Gemma Arterton and Rupert Everett. In 2009, she also worked in the StTrinian's sequel, St Trinian's 2: The Legend of Fritton's Gold.

Riley worked in some of the famous movies like Inception (2010) and Thor: The Dark World (2013). In 2018, she was a cast in the movie The Last Witness. Her upcoming project is Bloodshot.

Riley performed in several stage plays. In 2005, she made her stage debut in The Philadelphia Story at the Old Vic. She is also an author. She published her first book, Acts of Love in 2016 whereas she is working on her next book, The Quickening. Besides, she featured on the cover of Esquire in 2010.

Talulah Riley has an estimated net worth of $16 million as of 2018, but, the amount is still under review. Riley worked in several movies that made an impressive collection at the box office. Here is the list of her hit movies:

As per Variety, the cast of Westworld averagely makes $175k per episode.

After her divorce from her billionaire husband, Elon Musk, she received $1.4 million as a part of the first installment and is believed to receive $4 million over the course of 9 years. In addition, she was allowed to keep Cartier, Gucci, and Tesla Roadster watches worth over $110k which she received during her marriage. After finalizing the divorce for the second time, she received $16 million as divorce alimony.

Talulah Riley is a divorcee. Riley married twice to business tycoon, Elon Musk who is a CEO of SpaceX. The married life of Riley and Musk is interesting. The couple met for the first time at London's West End club, Whisky Mist, in 2008, During the time Elon had recently divorced from his first wife, Justin Wilson.

They were introduced by the club promoter. Musk explained about the incident,

''She did look great, but what was going through my mind was 'Oh, I guess they are a couple of models. You know, you can't actually talk to most models.' But Talulah was really interested in talking about rockets and electric cars.''

He also revealed that Riley was still a virgin at the age of 22 when he met her for the first time. Soon after their first encounter, they started spending time together and eventually started dating. They often lied on the same bed together at the Peninsula Hotel where he proposed to her without a ring and the rest we all know.

Later, Musk gave her three engagement rings, a giant one, an everyday ring, and a diamond surrounded ring. Finally, on 25th September 2010, the couple got married. Their wedding ceremony took place at Dornoch Cathedral.

The marriage did not last long, the marriage ended in 2012 after Riley filed for divorce. After the divorce, she posted a tweet where she wrote,

''It was an amazing four years. I will love you forever. You will make someone very happy one day.''

After 18 months of their divorce, they came together and remarried in July 2013 and again filed for divorce in New Year's Eve of 2014 in mutual understanding. The divorce was finalized in 2016.

Talulah Riley stands at the height of 5ft 8 inch and her weight is 57 kg.

Here are some facts about Talulah Riley: