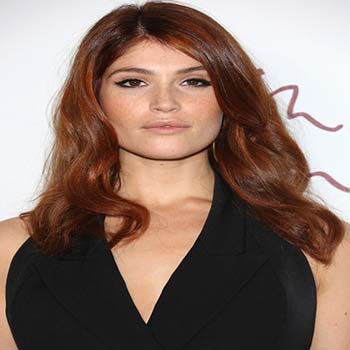 Gemma Arterton, full name Gemma Christina Arterton is an English actress who is best known for her appearances in St Trinian’s (2007), Quantum of Solace(2008), Prince of Persia: The Sands of Time(2010) and Clash of the Titans(2010). She was born in 2 February 1986 in Gravesend, Gravesham, Kent, England. She is also famous for her financially successful movie Hansel and Gretel: Witch Hunters and Byzantium.

Arterton is 5 ft 7 inches taller in height and has 68 kg body Weight. Her eyes are Brown-Dark in color and so is her hair. Her star sign is Aquarius. She follows Anglican in religion. Her ethnicity is White. She finished her University from Royal Academy of Dramatic Art, London, England in 2008.

Arterton was born with six fingers and so as to remove them, doctor tied off the boneless sixth finger. Arterton has white skin complexion and she seems hot and sexy in her dresses. Recently she has been announced as Sexiest Actress Alive by Glamour magazine in their July 2014 issue. It’s her second time in a row announced by the same magazine.

She married a fashion consultant, Stefano Catelli, at a private ceremony in Zuheros, Andalucia, Spain. She is separated from her husband by early 2013. She was dating her boyfriend Eduardo Munoz in  2008.

Arterton has a sister Hannah Jane Arterton. Hannah is also an actress who, in 2013, featured in Atlantis, British drama. Her father and mother are Barry Arterton, a welder and Sally Arterton, a cleaner respectively.

Arterton made her film debut in 2007 in “St. Trinian’s“ as Heada Girl Kelly.  She appeared in James Bond movie, Quantum of Solace in 2008. She was selected from 1,500 candidates for the role Bond Girl Strawberry Fields. She played eponymous  protagonist in Thomas Hardy’s Tess of the D’Urbervilles adapted by BBC in 2008.In the same year she also played the role of Elizabeth Bennet in ITV Serial, Lost in Austen. She also gave most controversial role to date 2009 in the film, The Disappearance of Alice Creed, where her character was kidnapped as well as abused with several graphic nude scenes.  She was seen in Clash of Titans and Prince of Persia: THeSands of Time both in 2010 and also played a lead in Tamara Drewe.  She was nominated for two times by her outstanding performances in  Tamara Drewe and The Disappearance of Alice Creed. She played in a 3D movie Ahnsel and Gretel: Witch Hunters where she played the role of Gretel opposite actor Jeremy Renner who played as Hansel.